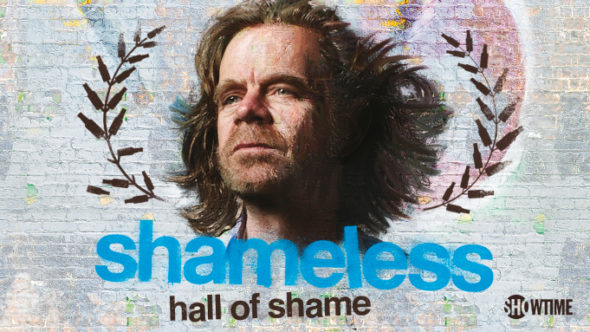 Shameless is currently airing its final season on Showtime, and now fans of the family drama series will get some more insight into the show. The cable channel has ordered a retrospective series titled Shameless Hall of Shame, which will include interviews and additional footage filmed for the series.

Showtime revealed more about the Shameless retrospective series in a press release:

“As the acclaimed series SHAMELESS kicks off its 11th and final season, SHOWTIME will give fans the chance to say a long goodbye to the beloved comedy with an all-new SHAMELESS HALL OF SHAME series. Beginning on Sunday, December 27 at 9 p.m. ET/PT, the six-episode series will feature new, original SHAMELESS scenes juxtaposed with a retrospective look at each character’s journey over the prior 10 seasons. The first episode will feature Ian (Cameron Monaghan) and Mickey (Noel Fisher), showcasing their unique relationship and its evolution from a teen fling into a loving, complicated marriage. New episodes of SHAMELESS HALL OF SHAME will be interspersed throughout the 11th and final season of SHAMELESS, which premiered on Sunday, December 6.

“This 11-year journey with the Gallagher family has been a total pleasure for us from the beginning,” said executive producer John Wells, “and we’re excited to share a look back at the many trials, tribulations and laughs of those 11 seasons with our fans.”

SHAMELESS, which originally premiered in the winter of 2011, ranks as the network’s No. 1 comedy and its longest-running series, and has the youngest-skewing audience of any SHOWTIME series. Season 10 of SHAMELESS, which aired its finale on January 26, 2020, averaged 5.7 million weekly viewers across platforms.

The final season of SHAMELESS finds the Gallagher family and the South Side at a crossroads. Changes have come through the COVID pandemic, gentrification and aging, leaving the city and the Gallaghers to reconcile both. As Frank (William H. Macy) confronts his own mortality and family ties in his twilight years, Lip (Jeremy Allen White) struggles with the prospect of becoming the family’s new patriarch. Newlyweds Ian (Cameron Monaghan) and Mickey (Noel Fisher) are figuring out the rules and responsibilities of being in a committed relationship, while Deb (Emma Kenney) embraces her individuality and single motherhood. Meanwhile, Carl (Ethan Cutkosky) finds an unlikely new career in law enforcement as Kevin (Steve Howey) and V (Shanola Hampton) realize that a hard life on the South Side is worth fighting for.”

What do you think? Are you a fan of Shameless? Will you watch Shameless Hall of Shame on Showtime?

do you how many of these episodes their are before we get to the normal show?