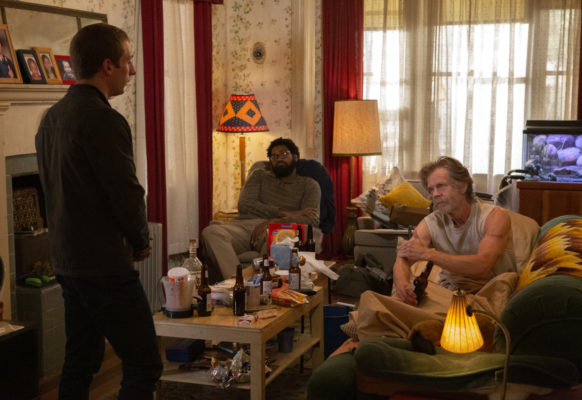 Frank and the Gallagher household are returning in time for the holidays. Showtime has announced that season 10 of the Shameless TV show will debut on Sunday, November 3rd. This will be the first season without Emmy Rossum but Cameron Monaghan is returning after having departed midway through season nine.

Will this be the end? At the TCA Summer press tour, Gary Levine and Jana Winograde, Presidents of Entertainment at Showtime Networks, talked about the long-running drama’s future. Levine said, “There’s a lot of Shameless left in Shameless. We’re right in the middle of the 10th season and the stories are unbelievable, the characters are as vibrant as ever and that show has just got the most unique tone on television. John Wells and that talented cast continue to find new ways for the Gallagher family to live and amaze, so I don’t know what the future holds, but the present is exciting.”

Here’s the Showtime announcement about the 10th season premiere:

Season 10 of SHAMELESS is set to premiere Sunday, November 3 at 9 PM ET/PT!

The tenth season picks up six months after last season’s finale: Frank (Macy) uses his leg injury to collect as many prescription drugs as possible and his exploits lead him to an old friend.

Debbie (Emma Kenney), emboldened by the $50,000 left to her by Fiona, has stepped in as the new matriarch, ruling over the Gallagher household with an iron fist.

Carl (Ethan Cutkosky) has to decide what to do with his life as he finishes military school and heads back to the South side.

Liam (Christian Isaiah) is committed to learning more about black history and culture under the tutelage of V (Shanola Hampton) as Kev (Steve Howey) faces an identity crisis.

Gallavich returns this season as Ian (Cameron Monaghan) and Mickey (Noel Fisher) rekindle their romance in prison as both cellmates and lovers.

What do you think? Are you looking forward to the 10th season of Shameless on Showtime? Do you think this should be the final season or, are you open to season 11?

I’m glad the show is returning. I don’t care that Fiona is gone. Her character had become such a train wreck, it was painful to watch.

I am looking forward to season 10 of Shameless. I hope we get a surprise wish Fiona possibly making a cameo appearance or two. As far as season 11 but see how it season 10 goes.