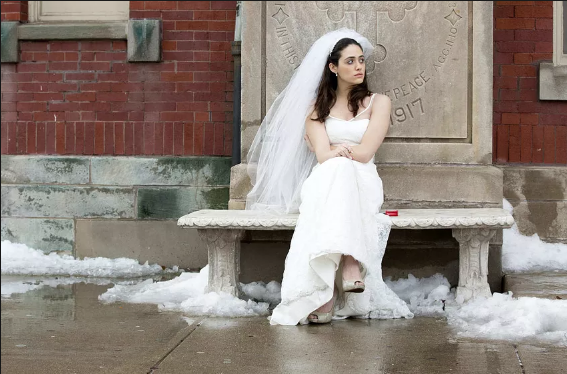 In a letter to fans, Rossum announced she will be leaving Shameless after its ninth season, which premieres on Showtime on September 9th at 9 p.m. ET/PT. It’s unclear if the show will return for a 10th season, considering how crucial Rossum’s character is to the series.

Read the full letter below:

What do you think? Do you watch Shameless? Would you watch without Emmy Rossum?

Hell no! Without her the show will not be the same

No way! She was the star in Shameless

It will be fine. They’ve already been phasing her out of the main “family” story lines, since
Fiona moved out. Lip (yum) can and has been doing great as the patriarchal succsessor.

There is still a show, I get there is Fiona fans. I like her okay but I want to see more. There is other stories to tell. I love how much she grew up and all but what about the others? What about their journey and their growths??? True Shameless fans see the show for what it is and that is the story of each person in their fucked up family. Fiona was the lead, she was what kept the family going. It be nice to see what happens after her departure. Plus I am sure she will make an… Read more »

Sounds like most people so far want the show to end if Emmy leaves. So be it. She made an absolutely ridiculous demand that the people who make the show would never give her. I never got into the show, so I really don’t care.

What demands did she make?

Think she just asked for what she deserved..equal to Bill Macy. Male leads are credited with carrying shows. They often get what they want in a negotiation. She asked for what she clearly deserved, good for her. She is as key to the show as Macy, and a far more complex evolving character, where Macy stays the same. Bravo to Emmy for standing up for herself and being willing to walk away. It’s called INTEGRITY….

Additionally, I bet they were going to end the show anyway.. so they decided to now. No one else can carry this show. Frank is a boring character…all drunk con artists are boring. She was the most interesting character on the show.

Won’t be the same without Fiona….but I will continue to watch….As Emmy said “there is more Gallagher story to tell…..

No Fiona, no show.

I MEAN ANY OF THE GALLAGHERS LEAVING IS AN AUTOMATIC REASON FOR THE AUDIANCE TO BOYCOTT THE SHOW , ONLY ONE THAT COULD LEAVE AND NOT IMPACT THE SHOW WOULD BE DEBBIE AND IT WOULD BE HER GOING TO LIVE WITH DEREKS FAMILY WITH HER CHILD SO YUP WTF REALLY.