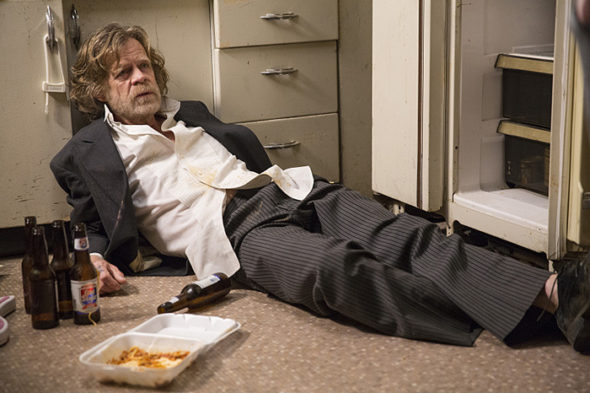 Is Shameless coming to an end? Recently, executive producer John Wells and star William H. Macy spoke with The Hollywood Reporter about the future of the Showtime TV show.

As reported earlier, leading star Emmy Rossum is leaving Shameless after season nine. Does this mean the Showtime series is coming to a close? Both Wells and Macy told THR the show can continue without her:

JOHN WELLS She’s been considering it for a while. I tried to encourage her to come back, because we want her here, but she has other things that she is excited about doing — the Angelyne show [based on a Hollywood Reporter article] and a few things that she’s directing. She came to the definitive decision a few weeks ago. We’ll miss her. At the same time, there are a lot more Gallagher stories to tell.

WILLIAM H. MACY We’ll be empty-nesting a bit. I hoped that she would stay, but you get close to year 10 and start thinking about life post-Shameless. It’s horrifying and exciting.”

And what about future seasons? Both Wells and Macy say there are ready for at least another season of Shameless:

WELLS There’s no end of stories about maturing in your own family and the pull that families have on us. Placing that within the structure of people who are struggling economically and who have to depend upon each other to survive provides endless story material. It’s always a question of how long a cast is prepared to keep playing the characters. I could write this for another 10 years. The satirical underpinnings of this notion that there really is class in America is something that we could write about forever. Every day you pick up the paper and there are 10 other stories you could tell.

MACY I know there’s another 10 years of stories, and I’d love to see them. But when I think about acting them my back starts to hurt a little bit. (Laughs.) I know I want to do another season or two, and after that we shall see.”

What do you think? Do you watch Shameless? Do you think the show should continue without Fiona?