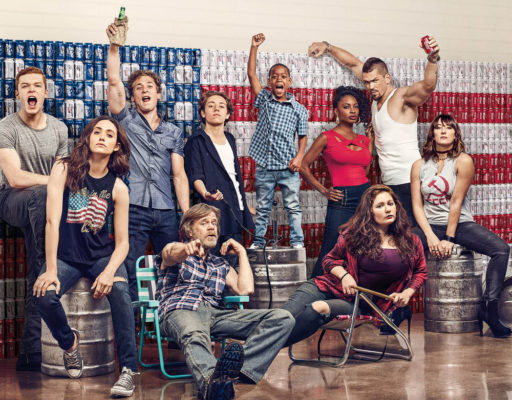 On Shameless, Lauria will play “Mo White, a disgraced ex-Congressman in his 60s with a John Edwards haircut. Frank (Macy) helps him run for office again” while Romans has been cast as Alex, a tough 30-something who “works at a construction site. Everyone thinks she is a man, but in fact she is a woman.”

Season nine of Shameless premieres on Showtime on September 9th at 9 p.m. ET/PT.

What do you think? Are you a fan of Shameless? Are you excited for season nine?

Love the show, but the Ian Gallagher character storyline has become annoying the last couple of seasons. I fast forward every time he comes on screen until his scene is over.
Lip could use a shake up also, every season is just a new boo he messes around with then she is gone.