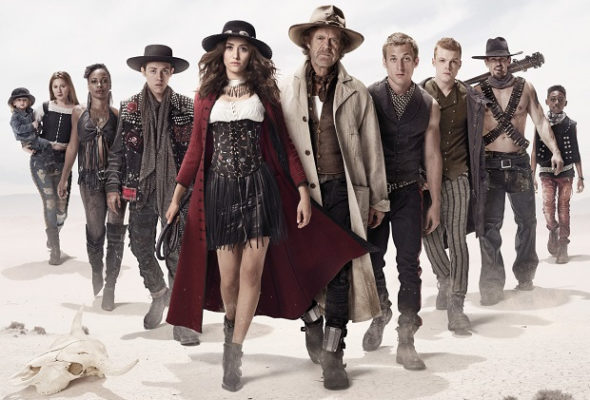 Shameless just aired its midseason finale, but will there be a 10th season? Recently, showrunner John Wells spoke with The Hollywood Reporter about the future of the Showtime TV show.

Already, we’ve reported two cast members are leaving Shameless — Emmy Rossum and Cameron Monaghan. So will the Showtime series continue without two of its leading stars? Wells told THR that he hopes Monaghan and Rossum will return someday:

That’s a decision for the actors to make. As Emmy said in her statement, Fiona is “moving down the block.” I’m hopeful that she’s going to miss us enough that she wants to keep coming back and doing more in the future. And the same with Cam. I hope he decides that he wants to figure out a way to stay involved. But the show was always about Frank (Macy) as our central character and we’ve really enjoyed being able to write more for Debbie (Emma Kenney) and for Carl (Ethan Cutkosky) as they’ve grown up from being child actors to being young adults. I love the Lip (Jeremy Allen White) character and what Jeremy has done with that character. His world is expanding and we’ll expand with it. I think we’re going to try and mirror what happens in your own family when people start leaving and how you expand out into other worlds.”

As for a 10th season, Wells says he’s hopeful it will happen if William H. Macy is in:

I think at this point if the man who plays Frank doesn’t do it anymore, we’re probably looking at having to decide whether [continuing the show] makes sense or not. We described Frank as the proverbial cockroach who will still be around after the apocalypse, and if Bill were to decide he didn’t want to make the show anymore I think we probably would really be looking at not doing it anymore. But the show continues to do very well. We all still want to write it, and as far as I know Bill does [want to continue]. I’ll be very surprised if we don’t at least do a season 10.”

What do you think? Do you watch Shameless? Do you want a 10th season?

It’s sad that fiona wont be apart of it anymore, however if there is another season I want lip back in school. He’s so talented and super smart, it just seems like a waste of his character.

Love the authenticity with which this show is written! Their lives, though complicated, mirror many other families in this country. Raw on the edges, but love and dedication to each other reign supreme!

I think the directors have a troubles premise believing that Frank is the main character. To be honest I watch it for Fiona and often fast forward through a lot of Frank’s scenes. I know the show pays Frank more than Fiona which is incredibly sexists and short sited. Personally I do not think season ten will be worth watching without Fiona.

No they don’t pay him more. She got more money out of them.

We need to have at least a Season 10. However, I do wish Emmy would reconsider leaving as she has been the glue of the family. Have her become a flight attendant where she can appear as a part time player. Lip & Debbie are doing a great job in assuming the “parental” roles. And Liam & Carl are fun story lines to watch as they grow up. Plus a few visits to Ian in prison would be nice. He could marry Mickey & then Cameron could also be a part time player. So many ways to go for this… Read more »

A 10th season would be great!

Yes have a 10th season of Shameless!