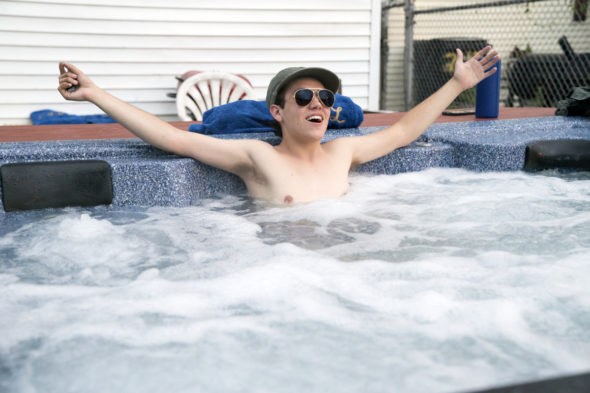 It would be a cryin’ shame if the Shameless TV show was cancelled, but never fear. Showtime has renewed Shameless for a ninth season. Season eight just premiered on this last Sunday, November 5th, so unlike last season, fans won’t have to wait out any protracted contract negotiations for any cancellation or renewal news.

After just one episode, the eighth season of Shameless is averaging a 0.73 rating in the 18-49 demographic and 1.86 million viewers. Compared to the season seven premiere, that’s up by 35% and up by 31%, respectively.

Learn more about the Shameless season nine renewal from this Showtime press release.

SHOWTIME PICKS UP A NINTH SEASON OF ITS HIT SERIES SHAMELESS

Network Renews Its No. 1 Comedy With Season Premiere Up 50 Percent Year-Over-Year

LOS ANGELES – November 8, 2017 – On the heels of Sunday’s eighth season premiere, which delivered 50 percent year-over-year growth, SHOWTIME has given a ninth season order to SHAMELESS. The announcement was made today by David Nevins, President and CEO, Showtime Networks Inc.

One of the network’s longest-running and most successful series ever, SHAMELESS ranks as the network’s No. 1 comedy and attracts the youngest-skewing audience of any SHOWTIME series. Shameless had its biggest season yet last fall with 6.5 million viewers tuning in each week. The series returned this past Sunday with its highest-rated premiere since its third season and up 50 percent versus the season seven premiere. Production on season nine of SHAMELESS will begin in 2018.

SHAMELESS also provided a fantastic and compatible lead-in to the network’s new comedy SMILF, which debuted as the highest-rated Showtime freshman comedy series in five years.

“As challenging as it can be for any show simply to maintain viewers in the current TV landscape, SHAMELESS is adding them in droves,” Nevins said. “But it’s no mystery why. The series’ reputation for rich and resonant characters and for deep – and deeply twisted – comedy has drawn not only faithful longtime viewers, but a steadily growing audience. And creatively, the season that kicked off this past Sunday is stronger than ever.”

“We are so grateful to Showtime for giving us the opportunity to continue making Shameless,” said series executive producer and showrunner John Wells. “It’s a labor of love (and a blast) for all of us.”

Season eight finds the Gallaghers on an upswing – Frank (Macy) comes out of a drug-induced haze and decides it’s finally time to be a contributing member of society. Fiona (Rossum) faces hard decisions when she discovers her success as a landlord might mean someone else’s misfortune. Lip (Jeremy Allen White) struggles with unexpected sacrifices he must make to stay sober, while Ian (Cameron Monaghan) takes up a cause in hopes of getting back with Trevor (Elliot Fletcher). Debbie (Emma Kenney) builds her future at welding school while juggling life as a single working mom, as Carl (Ethan Cutkosky) gets creative finding tuition money after he loses his scholarship. Meanwhile, Liam (Christian Isaiah) discovers just how different the Gallaghers are from the families of his rich classmates as Frank schools him on “sticking it to the man.” Kev (Steve Howey) and V (Shanola Hampton) have to find a way to deal with Svetlana (Isidora Goreshter) after she steals their bar, The Alibi.

What do you think? Have you checked out the eighth season of the Shameless TV series? Are you surprised that it has been renewed for season nine, so quickly? How many more seasons do you expect this Showtime TV show to run? Let us know, below.

Excellent! Let’s hope Shameless runs for at least 11 seasons. Just like the UK version did.

Best news ever. I really wanted Shameless to reach 100 episodes and with season 9 it will. Absolutely my favorite show.