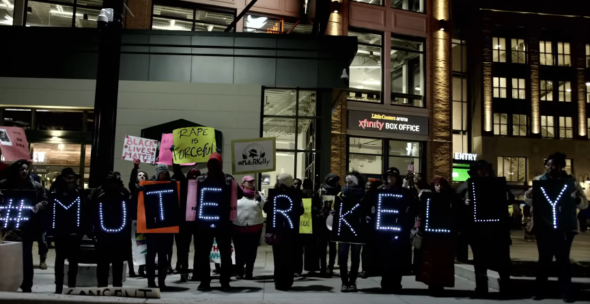 “R. Kelly is this fun, laughing, loving guy, but Robert is the devil.” Lifetime just announced the premiere date for their new event series, Surviving R.Kelly.

In the ground-breaking documentary series Surviving R. Kelly, women are emerging from the shadows and uniting their voices to share their stories. Celebrated as one of the greatest R&B singers of all time, R. Kelly’s genre defining career and playboy lifestyle has been riddled with rumors of abuse, predatory behavior, and pedophilia. Despite damning evidence and multiple witnesses, to date, none of these accusations have seemingly affected him. For the first time ever, survivors and people from R. Kelly’s inner circle, are coming forward with new allegations about his sexual, mental, and physical abuse. They are now finally ready to share their full story and shed light on the secret life the public has never seen.

With over 50 interviews including civil rights activist Tarana Burke, musicians John Legend and Sparkle, talk-show host and former DJ Wendy Williams, ex-wife Andrea Kelly, ex-girlfriend Kitti Jones, brothers Carey and Bruce Kelly, and many others, the true story of R. Kelly’s controversial past will be revealed beginning in 1970 through present day, shedding light on the R&B star whose history of alleged abuse of underage African American girls has, until recently, been largely ignored by mainstream media.

Surviving R. Kelly is executive produced by cultural critic, filmmaker and passionate activist dream hampton, Tamara Simmons, Joel Karlsberg and Jesse Daniels for Kreativ Inc. which has a production deal with Bunim/Murray Productions (BMP), and Brie Miranda Bryant from Lifetime. This program falls under Lifetime’s commitment to provide a platform to give women a voice where they have previously been unheard to bring awareness to the abuses and harassment of women.”

What do you think? Are you interested in the R. Kelly case? Will you watch the documentary?

It’s a shame that the commercial shows a woman claiming people didnt care because she was a black woman. All women experience a less than responsive police force when it comes to this issue so to try and make it a race issue is ridiculous. They formulate judgement on the women and probably figured if you would choose to engage with someone who has had problems in this area for over 20 years you were somehow consenting to be treated like crap because it has been public information for that long. Please don’t make this a race issue, anyone who… Read more »