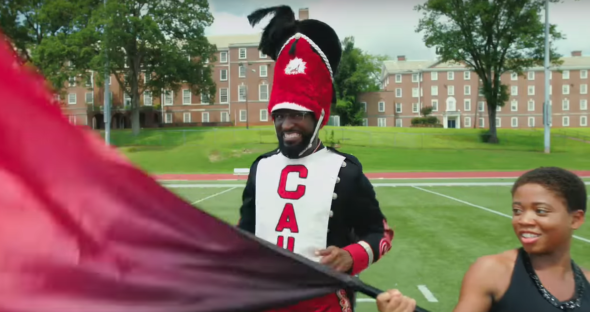 Are you ready for the new season of Rickey Smiley for Real? TV One just announced the TV show’s fifth season will premiere later this month.

The unscripted series follows the personal and professional life of radio and TV personality Rickey Smiley. The new season will see Smiley “navigating the ups and downs of his professional demands while adapting to new additions in his household, and juggling the growing pains of his young adult children.”

Season five of Rickey Smiley for Real premieres on TV One on October 30th at 8 p.m. ET.

Watch a promo and read more info below:

(SILVER SPRING, MD) – October 22, 2018 – Season five of the hit franchise RICKEY SMILEY FOR REAL returns to TV One with more fun, family drama and life challenges on Tuesday, October 30 at 8 p.m./7C. This season the show captures Rickey Smiley navigating the ups and downs of his professional demands while adapting to new additions in his household, and juggling the growing pains of his young adult children. Various health topics and relationship matters will also be revealed throughout the season. A hit with critics and viewers alike, RICKEY SMILEY FOR REAL Season 4 reached 7.3MM unique viewers 2+ during its premiere run. Additionally, TV One ranked as a top Ad-Supported Cable network in that Tuesday 8p-10p timeslot among AA P25-54 (#4).*

To kick things off this season, the promotions campaign celebrates Rickey’s proud HBCU roots with a series of hilarious, high-energy spots. Featuring Rickey as an honorary ‘drum major’ for the Clark Atlanta University Marching Band, the rest of the cast, including Da Brat, Juicy, and Gary With da Tea, join in the fun. In partnership with Urban One, TV One will also host the RICKEY SMILEY FOR REAL HBCULove Tailgate Truck Tour Experience at the annual SpelHouse Homecoming celebration on Saturday, October 27. The interactive event will feature a branded truck, silent listening party, a live DJ, a virtual reality experience, and promotional giveaways.

In this season’s opener, all the kids have moved out and Rickey finally has the house to himself. Just as Rickey gets comfortable being an empty nester, four new teenagers move into his Birmingham mansion courtesy of his cousin Summer, who’s looking for a fresh start after suffering from a stroke.

Rickey must also deal with his college-aged daughter D’Essence getting arrested for two DUI’s, Aaryn’s mom getting remarried, and turning 50.

Over at the radio station, Gary with da Tea reveals he has a life-threatening health issue. Da Brat informs Jermaine Dupri and Bow Wow that she wants to hold a “Queen of the Ring” in Atlanta with Babs Bunny. Headkrack and Beyonce have started an event planning company, and Porsha Williams tries to play matchmaker for Rickey.

It’s well known that Rickey can throw down in the kitchen and this season, he’s bringing his passion to a brand new online cooking show. Following each episode at 9/8C, Rickey will keep you laughing while he prepares his favorite mouthwatering recipes on TV One’s new digital series “Cooking Up Comedy” available on TVOne.tv and Facebook.

RICKEY SMILEY FOR REAL is produced by Bobbcat Films for TV One with Rickey Smiley and Roger M. Bobb as Executive Producers and Angi Bones as Co-Executive Producer. For TV One, Susan Henry and Gold Morgan are Executive Producers-in-Charge of Production, Donyell McCullough is Senior Director of Talent & Casting, and Robyn Greene Arrington is Head of Original Programming and Production.

For more information on RICKEY SMILEY FOR REAL, visit TV One’s YouTube Channel and check out exclusive, behind-the-scenes content on www.tvone.tv. Viewers can also join the conversation by connecting via social media on TV One’s Twitter, Instagram and Facebook (@tvonetv) using the hashtags #RICKEYSMILEYFORREAL and #REPRESENT.”

What do you think? Are you a fan of Rickey Smiley? Will you watch the new episodes?