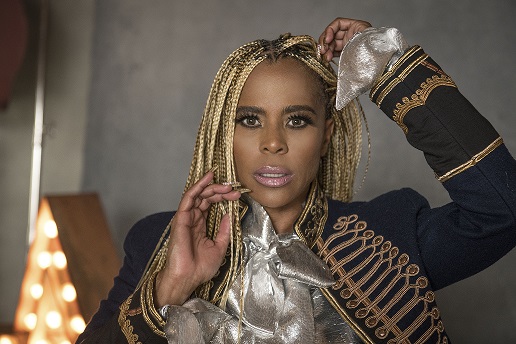 Lifetime has some new TV shows in store for the new year. Recently, the network announced the premiere dates for their upcoming series Laurieann Gibson: Beyond the Spotlight and Love at First Flight.

A docuseries, Laurieann Gibson: Beyond the Spotlight will explore the process of famed choreographer Laurieanne Gibson, who has work with music icons like Katy Perry, Lady Gaga, and Nicki Minaj. The series debuts on March 2nd at 10 p.m. ET/PT.

Also a docuseries, Love at First Flight follows a new couple as they meet for the first time in New York and “criss-cross the country towards Los Angeles, as their compatibility is tested not only by the unpredictable pressures of travel, but also by a series of uniquely crafted travel-based challenges.” The show premieres on Lifetime on March 20th at 10 p.m. ET/PT.

Laurieann Gibson: Beyond the Spotlight

Behind some of the biggest superstars in the music industry such as Lady Gaga, Katy Perry and Nicki Minaj, is famed choreographer and creative director, Laurieann Gibson. The star maker has helped propel the careers of many megastars but now, the tables are turned as Laurieann puts herself on display in the new docuseries Laurieann Gibson: Beyond the Spotlight.  Following Laurieann and her team at BoomKack Worldwide, each episode is a rare look into Laurieann’s process as she shapes and steers the creative narrative of her clients that include Sean “Puffy” Combs, Fantasia Barrino, Tamar Braxton, French Montana and many more.  Laurieann Gibson: Beyond the Spotlight is produced by Ish Entertaninment for Lifetime.  Michael Hirschorn, Melissa Cooper, Jessica Antonini, James Sunderland, Brandon Panaligan serve as executive producers for Ish and Laurieann Gibson is producer.  Mioshi Hill serves as executive producer for Lifetime.

Nothing tests a budding relationship like travel, and the new series Love at First Flight takes it a step further, matching new couples to embark on a romantic (and stressful) journey across North America — with the chance to get married at the airport immediately after their final flight lands.  Meeting for the first time in New York, the couples criss-cross the country towards Los Angeles, as their compatibility is tested not only by the unpredictable pressures of travel, but also by a series of uniquely crafted travel-based challenges. Love at First Flight is produced by Pilgrim Media Group. Craig Piligian and Mike Nichols serve as executive producers for Pilgrim. Gena McCarthy executive produces for Lifetime.”

What do you think? Are you a fan of docuseries? Will you watch Laurieann Gibson and//or Love at First Flight?

I love the show. I was working derisively g what is going on