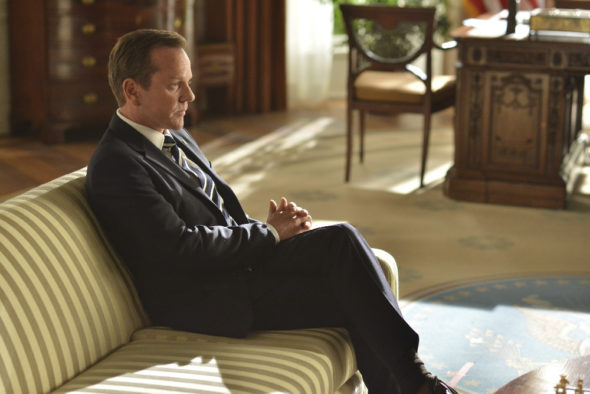 Is Designated Survivor coming back after all? According to CinemaBlend, the cancelled ABC TV show is producing a third season.

Even though ABC cancelled Designated Survivor, it seems the show might be returning for a third season. CinemaBlend says the drama series is set to resume production in Toronto soon under the thinly veiled name The White House Project.

It’s unclear at this moment which network season three will air on if indeed the new season is happening.

What do you think? Are you a fan of Designated Survivor? Would you watch season three?

Absolutely! I love this series and I hate politics but this is a very good series. Please bring it back!

A drama that had inspired me basically not in politics particularly but the content was even better for people to learn how the top class decisions are to be carried out and how people can balancing their public responsibilities as well personal responsibilities. I think the drama is proven that honesty and it’s threats, being a victim even in common press and media demonstrations, low and its effectiveness for standing on the truth. Also the important thing is it’s not necessary to become a national leader only by winning elections but a person can even more qualified with his honesty… Read more »

I love designated survivor and am sad it is being cancelled. If it’s coming back on Netflix, I guess I will have to find another show to replace it. I think it is disgusting that I have to pay for another service just to watch regular series. I WILL NEVER SUBSCRIBE TO NETFLIX, CRAVE or any other similar programs.

It is coming back to netflix.

Yes I would watch on netflix! My husband is watching the last 2 seasons on netflix. What… I was watching on hulu, cause we don’t get ABC, on antenna. Don’t know was canceled, great show!

I am a fan of Designated Survivor and loved the show! It told of the so called inner workings of the Oval Office and things one would/could not know unless you were an “insider”. I was very upset it was decided to cancel this wonderful show. I would absolutely love to see it come back! I am watching that show if it does!