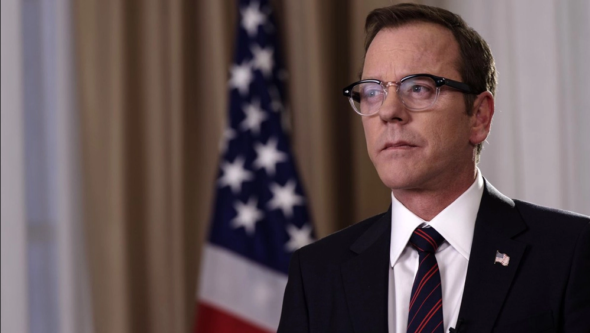 Why did Designated Survivor have to go? Recently, Variety speculated on the reasons why ABC cancelled the TV show after two seasons.

According to Variety, there are several reasons why ABC decided to cancel Designated Survivor. For one, the drama was sinking in the ratings. So far, season is averaging a .71 in the 18-49 demo and only 3.951 million viewers.

Secondly, the show has gone through four showrunners in only two seasons. And, to cap things off, season three would have required Designated Survivor to move production from Toronto to Los Angeles, a costly move for a low-rated series.

What do you think? Have you seen Designated Survivor? Would you have watched a third season?

I would definitely watch another season

I am watching season 3 right now! Snd am greatly disappointed there won’t be a season 4. This is one of the best series I’ve seen in a long long time!

Loved the show. I really don’t understand how the ratings were low. I was given Netflix as a gift for a short period of time. I am now taking the time to watch season 3. Probably all 3 seasons.

I wish I would have known about the show when it was still being aired. Watched all seasons twice. The cast was superb!