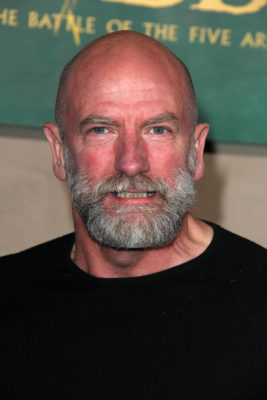 On Lucifer, McTavish will be playing Father Kinley, a devout and committed priest who will do “whatever it takes to keep mankind safe from evil — which doesn’t bode well for a certain devil living in Los Angeles….”

Netflix has not yet announced a premiere date for season four, but it is expected to debut in 2019.

What do you think? Are you a fan of Lucifer? Are you excited for the new season?

Just finished watching the first 3 seasons & must say I am hooked. Didn’t at first think there would be much to it so passed over it for days, choosing to watch other shows. When I finally turned it on it was a binge watching session to the end.

So very delighted that Netflix picked up my favorite show! Was grieving over the loss of my favorite ‘devil’ because Tom Ellis is so amazing in that role. But he and the rest of the great cast will return! That brings a sparkle to 2019 that it lacked before. Hope we don’t have to wait forever for the Season 4 release…

Thank you for saving Lucifer, I absolutely think this show is so much fun and have been waiting for the new season to come!!!!