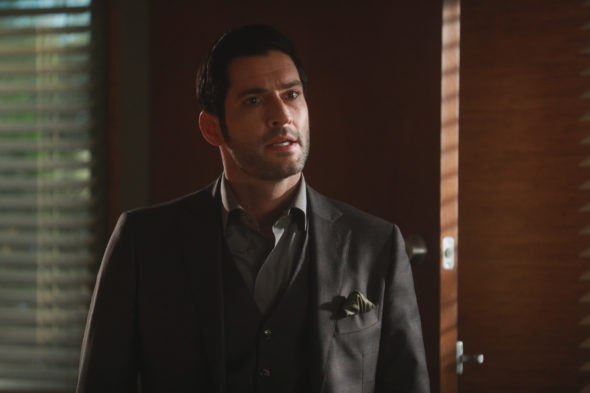 Lucifer is returning soon for its fifth season, and a new trailer has now been released to tease its return. In the teaser, Lucifer is acting “strangely.” Tom Ellis stars on the series as the devil himself. He’s joined by Lauren German, Kevin Alejandro, D. B. Woodside
Lesley-Ann Brandt, Rachael Harris, and Scarlett Estevez.

Netflix shared the following with the trailer release:

“Lucifer is back and acting…strange. Get ready – this season all your desires will be fulfilled. Season 5 Part 1 premieres August 21 only on Netflix.”

Lucifer has already been renewed for a sixth and final season.

What do you think? Are you a fan of the Lucifer TV series? Are you excited to see what happens next?

Well, that’s not really accurate, but then neither was my alleged relationship with Eve, which was shown last season (in reality, it was Adam’s FIRST wife, Lilith whom I hooked up with, back in the day.)

BTW… they also mentioned that Maze was Liliith’s daughter last season, so wouldn’t that make me her daddy??

Season 5.1 looks Most Unholy, so far. Looking forward to it…..

Lucifer is a great series and I still hope and pray that Lucifer will get a spinoff series.