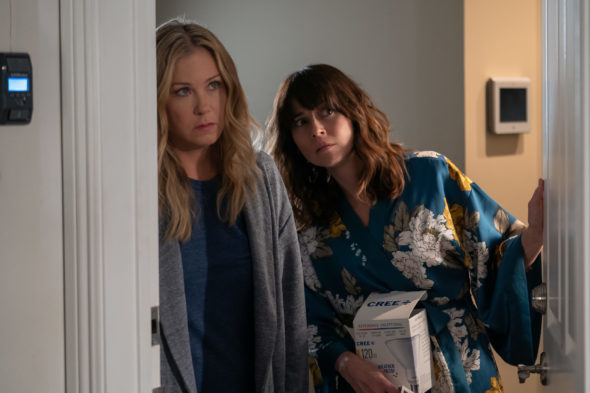 Get ready for a brand new season of Dead to Me. Netflix has released a new trailer for season two of the comedy, which stars Christina Applegate and Linda Carellini. Liz Feldman, Will Ferrell, Adam McKay, Jessica Elbaum and Christie Smith join Applegate on the executive producing team.

Per Variety, the trailer for the Netflix comedy shows “Jen (Christina Applegate) and Judy (Linda Cardellini) trying to keep their bloody high jinks a secret in suburbia.” Netflix also released a synopis for the season, per TV Line. It reads as follows:

“Picking up in the aftermath of that bloody backyard reveal, the irrepressible pair once again struggles to keep their secrets buried. With a surprising new visitor in town and Detective Perez hot on their heels, Jen and Judy take drastic measures to protect their loved ones and each other — no matter the cost.”

Dead To Me will release its entire second season on May 8. Check out the trailer below.

What do you think? Are you a fan of this comedy? Will you watch season two?

I fell in love with its plot immediately from episode one and it got more interesting every second of every episode i am impatiently waiting for more episodes the wait is killing me. Its unbelievably awesone

I’m a fan of this show. I thought season 1 was really good. I’ll definitely be watching season 2!

I’ve been wondering when S2 would drop. Looking forward to it. S1 was great!