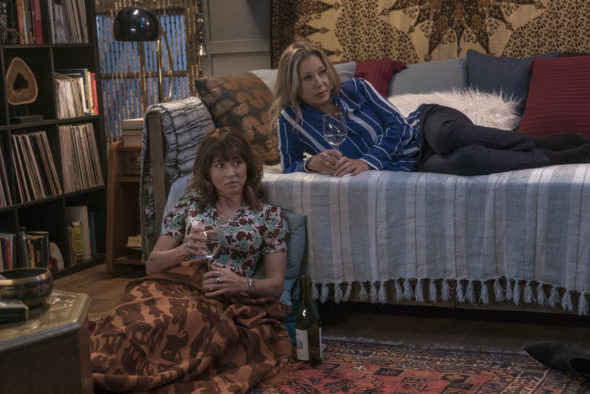 “I just want things to go back to before.” Netflix just released a new promo and the premiere date for season two of Dead to Me.

The dark comedy stars Christina Applegate as Jen, a recently widowed woman who is desperate to solve the mystery behind the hit-and-run murder of her husband. At a support meeting, she befriends Judy (Linda Cardellini), who is keeping a shocking secret from Jen. The cast also includes Max Jenkins, Luke Roessler, James Marsden, and Brandon Scott.

Season two of Dead to Me premieres on Netflix on May 8th.

What do you think? Have you seen Dead to Me? Will you watch season two?

I have no patient to watch season 2.