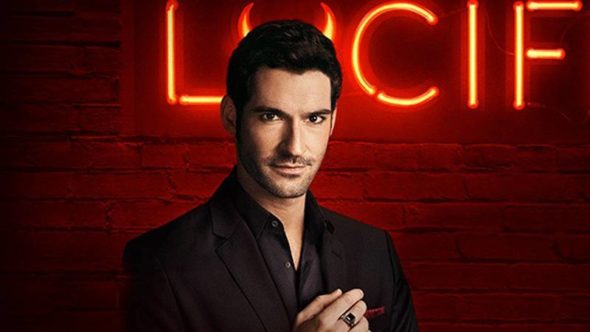 Season five of Lucifer is currently in production, and there is big news about the final season available today. Netflix has decided to break up the upcoming season into two parts. Each part will consist of eight episodes.

Ellis revealed the news during his recent appearance on The Kelly Clarkson Show. Per Deadline, Clarkson took her family to visit the set of Lucifer because they are all such huge fans. During a tour of the set, Ellis told Clarkson that the season would be broken up in two. The second half would appear on Netflix after a break.

The cast of Lucifer just recently filmed the fourth episode of season five. It was revealed to be a black and white noir episode set during the 1940s. The episode would also be a musical.

A premiere date for the first half of season five of Lucifer has not yet been set. Check out Clarkson’s visit to the set of Lucifer below.

What do you think? Is it a good idea to break up the final season of Lucifer? Do you plan to watch season five?

I absolutely love Lucifer series! Hated the ending on season 4! So glad and relieved netflix is doing season five, and if it has to end then we need real closure and a proper happy ending!

I hope the split in two will make the goodbye to this wonderful show , than I would never want to see finish, less bitter… sigh!

Looking forward to Season 5! While I prefer to binge, splitting the season won’t be too painful, so long as a date is set for the second half. I’m hoping with all the time they’ve had to work on it, the writers will wrap up the series with an ending that does justice to these wonderful characters we’ve grown to love.

I watched season 4 slow-ish. I didn’t want to watch it all at once and have it be over so quick. So I think I watched 1 episode every 2nd day or something.

It’s sad to see the show ending but I’d rather it go on a high than feeling like the seasons are dragging and storylines get boring.

I actually thought season 4 would have made a great series ending – it made sense to me. So it should be interesting to see how they really do end the series.

I’m very sad that this will be Lucifer’s final show. I’ve watched and loved since the beginning, don’t understand why a great, on the edge show would end as a musical, going to take away from the ending for me.

Read the article. It’s not ending with a musical. The 4th episode of the last season will be a musical

Of course I will watch 🙂 I prefer to binge, but who cares. I think it is great that they will finish the story (probably an open end because no corporation will kill the cow unless every last drop of milk is sqeezed from it) Just hoping they do not get that horrible fake-Velma back in.That episode was the worst.

I’m still saddened this will be the final season of the beloved show. However, the fact that it will be in two parts does not bother me. I just hope for a very happy ending.

I love this series! Can’t wait until Season Five is set to be viewed! I don’t care whether it’s divided or not. I can’t wait to see how the final season will end! I hope it ends well for the all characters we love.

I absolutely loved getting season 4 all at once. But I’m perfectly happy getting season 5 in two parts. Feels as though we’re getting more time with it that way~