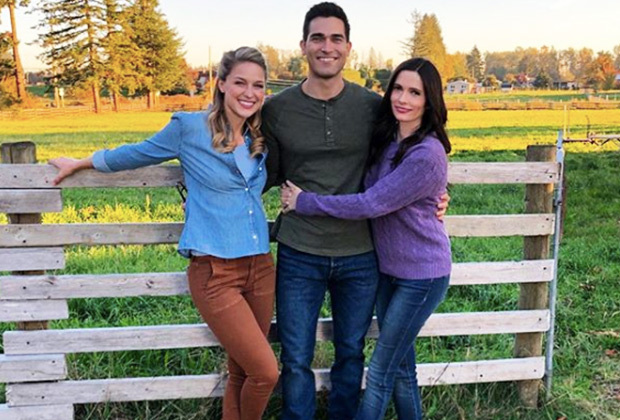 Superman & Lois could be the next the series to join the DC Universe on The CW. The series is now in development for the network, and it will focus on Superman and his Lois Lane as they deal with parenthood. Tyler Hoechlin and Bitsie Tulloch will star in the series.

The pair have made appearances on Supergirl in the past, and the last appearance the pair made last season had Clark and Lois going off to Argo City during Lois’ pregnancy. A pregnancy for Lois could be dangerous, after all. This would be the offspring of a superhero. On earth, the baby could have powers inside the womb.

Per Deadline, the new series on The CW would focus on how the pair deals “with all the stress, pressures and complexities that come with being working parents in today’s society.”

Superman & Lois comes from Todd Helbing, Greg Berlanti, and Warner Bros. TV. There is no premiere date for this series, and fans will not see a backdoor pilot, as is the practice with new shows joining the DC family on The CW. Viewers have already met this version of Lois & Clark on a few different occasions.

Fans will next see Superman, and possibly Lois Lane, on the DC Universe crossover event, Crisis on Infinite Earths, later this season.

What do you think? Will you watch Superman & Lois? Are you ready for the pair to more formally join the DC Universe on CW?

Hell Yes! I will watch all the CW show when the show finally debut.

Gigi
I love Lois and Superman. Definitely will watch

I think this would be a great series!

Yes I would love to see superman with lois

Superman & Lois? Such a great title.