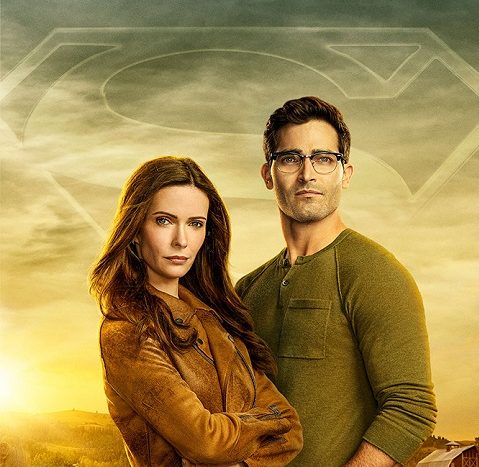 Superman & Lois is coming to CW soon, and the network has now released a preview for the upcoming superhero series, which stars Tyler Hoechlin and Bitsie Tulloch as the iconic couple. The series is set to premiere in February, and it will follow the married couple as they tackle a new battle head-on – parenting sons Jonathan (Jordan Elsass) and Jordan (Alexander Garfin).

Warner Bros. Television released new comments made by Tulloch about the series and her iconic character, Lois Lane. She said the following, per a press release:

“From the very beginning, going back to when she was introduced in 1938, Lois Lane as a character defied society’s expectations of how women should behave. Women at that point were more typically portrayed as demure, but Lois was always opinionated and unapologetic and uncompromising and a career-woman. Part of why she has remained so compelling for so many years is that she’s also vulnerable and fallible, romantic, and goofy, and a clutz – I just find her really appealing. I find Lois inspiring in how little she gives a crap about what anyone thinks of her. She’s not doing the work for glory or more Pulitzers, she’s doing it because she believes in justice and truth. She is incredibly driven and determined and hard-working, and she really embodies the aphorism “be the change you wish to see in the world.” She is not intimidated by anyone. She wants to save the world with words.”

As for the preview, it is Clark Kent that gives fans an idea of what to come on Superman & Lois. Check it out below.

Superman & Lois arrives on The CW on February 23rd.

What do you think? Are you planning to check out Superman & Lois on The CW?

So tired of all the superman shows. It has been done to death. They just aren’t fun anymore. I guess that the writers these days can’t come up with anything new and exciting. Please come up with something original.

From that press release, it seems like Superman will be an afterthought. Apparently, the CW network is going to foist yet another SJW show on its viewers. No thanks, CW.

I liked her on Grimm what little they featured her. I’m not excited by this show at all though. Gave up on The Flash after the Hartley incident, and not one of his cast mates defending him.

Really looking forward to this, reckon you’ll be on to a winner!

Look forward to seeing I can’t wait until February 23 after the flash new show. Need stop making The CW dc comics shows tired of it over.

Look forward to seeing I can’t wait until February 23 after the flash new show. Need stop making The CW dc comics shows tired of it over.