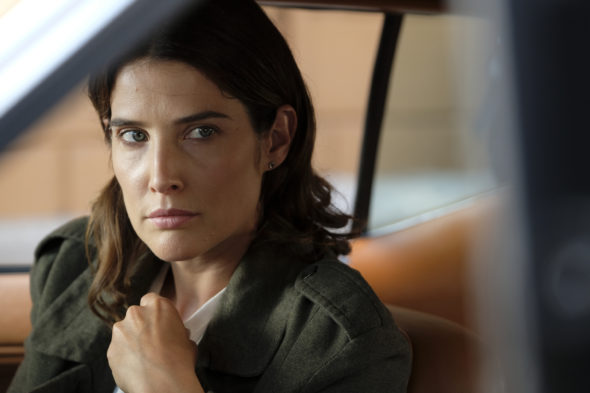 The alphabet network has given full-season orders to new series Mixed-ish and Stumptown. According to Deadline, Mixed-ish will have 22 episodes while Stumptown will likely have 18 installments (per star Cobie Smulders’ contract) but ABC would like one or two more. In addition, ABC has ordered a “spring season” of The Rookie which will also give the Nathan Fillion vehicle 18-20 episodes for its second season. The first season had 20 installments.

“This fall, ‘Stumptown’ has delivered a rich, inventive and fun thrill ride each week with a stellar cast that features one of the most fearless female characters at the center; ‘mixed-ish’ has established itself as one of the sharpest, funniest and most original new comedies of the season; and ‘The Rookie’ has continued to bring compelling storytelling and powerful performances to its passionate and loyal fan base,” said Burke. “Thanks to the brilliant creative teams behind these series, along with the phenomenal casts and crews, for delivering three incredibly entertaining and distinctive shows. We’re so proud of this great crop of shows that are all off to strong starts this fall, and we can’t wait to bring more fantastic episodes to our schedule this season.”

“Stumptown” is the No. 1 playback gainer for a new series this season in Total Viewers, soaring by nearly +4.0 million viewers after seven days to double its Live + Same Day average (+99%). “Stumptown” builds on its lead-in by double digits in Total Viewers and Adults 18-49 to stand as ABC’s most-watched program on Wednesday night this season. Through its first three episodes, the new ABC drama is averaging 9.7 million Total Viewers and a 2.18 rating with Adults 18-49 across all platforms in L+7.

Season to date, “The Rookie” is improving its new Sunday time slot for ABC by triple digits in Total Viewers (+214%) and Adults 18-49 (+175%), marking ABC’s most-watched series in the time slot in four years. Building on its lead-in by double digits, the show ranks as the No. 1 scripted series in the Sunday 10:00 p.m. hour and stands as ABC’s most-watched and highest-rated program on the night this season in both Total Viewers and Adults 18-49. A big gainer in delayed viewing, “The Rookie” more than doubles its Live + Same Day Total Viewer average (+103%) and Adult 18-49 rating (+117%) after seven days of TV playback.

On the next episode of “mixed-ish,” the popular girls at school ask Rainbow to join their group Halloween costume as Tootie from “The Facts of Life.” She thinks this is finally her opportunity to fit in, but Denise views the situation differently. Meanwhile, Alicia doesn’t want the kids to go trick-or-treating after Harrison and his colleagues tell her about all the dangerous things that can happen on the “Girls Just Want Have Fun” episode of “mixed-ish,” airing TUESDAY, OCT. 29 (9:00-9:30 p.m. EDT), on ABC.

On the “Bad Alibis” episode of “Stumptown,” despite being ordered by Lieutenant Cosgrove to take time off, Hoffman enlists Dex’s help to investigate a case. Meanwhile, Tookie’s culinary skills come in handy at Bad Alibi, and Dex stresses over an interview to become a certified PI on “Stumptown,” WEDNESDAY, OCT. 30 (10:00-11:00 p.m. EDT), on ABC.

This week on “The Rookie,” an emergency alert of an impending missile attack sends Los Angeles into chaos and uncertainty, while the officers each try to keep the peace and deal with their own disasters on the “Fallout” episode of “The Rookie,” airing SUNDAY, NOV. 3 (10:00-11:00 p.m. EST), on ABC.

What do you think? Have you been watching Mixed-ish, Stumptown, or The Rookie on ABC?

I sure hope y’all keep The Rookie, Stumptown, and Mixed-ish for the up coming season. The one thing each ch. does at some point, is y’all try to match it up to a CBS show that has been on air for 5-10 years. CBS just did it last season with SEAL TEAM, and SWAT. They see about computation with all 3 Chicago shows weds. night. Good luck and keep these 3 shows for a few more seasons.

Love these shows! Mixed-ish is still good, but Rookie deserves more seasons & Stumptown is heading for the classic column, especially if Dex gets herself in hand & takes care of her business & guides her brothers life with more carefully! Love love love these shows!

GREAT news about “the rookie” couldnt care less about “mixed-ish or stumptown” both shows are unwatchable for me after 3 episodes in.

I sure hope ABC isn’t planning to cancel THE ROOKIE!!! I love that show. It’s not like the usual idiotic & silly junk ABC usually passes off as family fun viewing. Most of which is totally lame. I am surprised it’s keeping STUMPTOWN though. I really like this one as well.