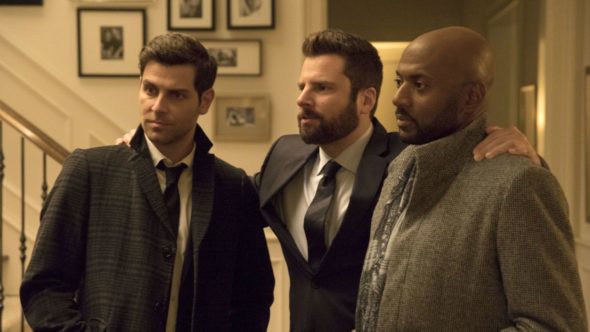 ABC is going all in. Deadline reports the network has ordered additional scripts for The Rookie, A Million Little Things, Splitting Up Together, and The Kids Are Alright.

Splitting Up Together just premiered its second season on October 16th while The Rookie, A Million Little Things, and The Kids Are Alright debuted their first seasons this fall.

ABC has ordered three additional scripts for all four TV shows for the 2018-19 season. It’s unclear if this means all four will return for another season, but the script order is usually a good sign.

What do you think? Do you watch ABC? Which new fall series are you watching?

Hoping “The Rookie” is renewed – great show that got better and better each week. Great cast, led by Nathan Fillion. I hope ABC doesn’t piss around so long that thc cast is dispersed and are offered other shows. Losing Mercedes Mason (the perfect Captain) was bad enough, but the cast works so well together – hard to imagine the show losing any other regulars! I truly love this show, and since ABC F’d up with “Castle” I sincerely hope they don’t do the same stupid thing with this treasure of a show.

Rookie is great and agree renew before they loose the cast. Yes screwed up on castle. I have alot if shows on ABC I like but web site has alot to be improved on

I have not watched ABC since Roseanne was fired and her show cancelled. I removed ABC from our channel guide and have not watched the network since. The Disney corporation is an extremely hypocritical organization. There are many employees who have said and done far worse than Roseanne’s tweet. Roseanne explained what she meant, apologized and offered to explain on talk shows. ABC did not honor her contract and Channing Dungey took her tweet incorrectly and personally as a black woman. That clouded her from making a rational decision concerning Roseanne. The fact that she fired Roseanne so fast shows… Read more »

I heartily disagree..I wouldn’t be watching Roseanne, or The Connors, or whatever, if Roseanne were still on. I totally back ABC in its decision, and hope it does well from here on in. And, I’m thoroughly enjoying the Connors, without Roseanne, as well as many other shows on the ABC lineup..

Rosanne sucks always has always will . He can go away forever and I would be happy