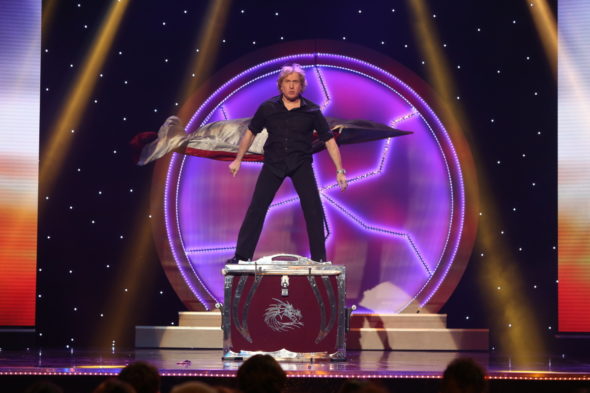 The holidays just got a little more magical. This week, The CW announced their upcoming holiday specials, which includes a new episode of Masters of Illusion.

On Tuesday, December 18 (8:00-9:00pm ET), The CW presents an all-new GREATEST HOLIDAY COMMERCIALS COUNTDOWN 2018. Kevin Frazier (“Entertainment Tonight”) and Keltie Knight (“Entertainment Tonight”) host this holiday celebration with a countdown of the 12 best holiday commercials ever – one for each of the 12 days of Christmas. In addition to the top 12, the special features other great commercials from both the U.S. and abroad, that capture the true spirit of the holiday season – from the heartfelt to the hilarious, from the outstanding to the ridiculous. Executive producers are Robert Horowitz and Lewis Fenton.

The all-new special GREATEST HOLIDAY VIDEO COUNTDOWN will air Tuesday, December 18 (9:00-10:00pm ET). This special is hosted by the Holderness Family, the viral video family that rose to internet fame with their viral hit “Christmas Jammies.” The Holderness family will guide the audience through this special showcasing video greeting cards from around the world. From agencies and companies, to families and friends, and everything in between, this special will feature some of the most memorable holiday videos from around the globe. Executive producers are Robert Horowitz and Lewis Fenton.

On Friday, November 23 (8:00-9:00pm ET), the one-hour special GRANDMA GOT RUN OVER BY A REINDEER returns to The CW. Based on the hit song that became a worldwide holiday phenomenon, this goofy and heartwarming adventure features young Jake Spankenheimer on the quest of a lifetime to track his missing Grandma down on Christmas Eve to prove that Santa Claus is indeed real. Michele Lee (“Knots Landing”) provides the voice of Jake’s greedy Cousin Mel and recording artist Elmo Shropshire provides the narration. An encore presentation of GRANDMA GOT RUN OVER BY A REINDEER will air on Wednesday, December 19 (8:00-9:00pm ET).

THE 87th ANNUAL HOLLYWOOD CHRISTMAS PARADE will air on Friday, December 14, (8:00-10:00pm ET), with Nancy O’Dell serving as Grand Marshal. The “Largest Christmas Celebration in America” will be hosted by popular personalities Erik Estrada, Laura McKenzie, Dean Cain and Montel Williams, with special co-hosts Elizabeth Stanton and Garrett Clayton. The parade on Hollywood Boulevard will include live musical performances that will take place on two stages. A true Hollywood tradition, the parade features larger-than-life inflatable character balloons, and celebrity-filled cars making the heralded trek down the three-mile parade route. Taped for network television, the celebration is presented and produced by Associated Television International.

On Sunday, December 16 (8:00-9:30pm ET), The CW will air iHEARTRADIO JINGLE BALL 2018, a 90-minute holiday music event that celebrates the season with performances by the year’s biggest recording artists. The star-studded concert event will feature performances from Shawn Mendes, Cardi B, Camilla Cabello and many more of today’s biggest stars. An encore presentation of iHEARTRADIO JINGLE BALL 2018 will air on Tuesday, December 25 (8:00-9:30pm ET).

On Friday, December 28 (9:00-10:00pm ET), The CW will air POPSTAR’S BEST OF 2018. Presented by Associated Television International and based on polls from Popstar Magazine, host Elizabeth Stanton will count down the greatest and most memorable moments and trends of 2018.

What do you think? Are you excited for the holidays? Which specials will you tune in for?