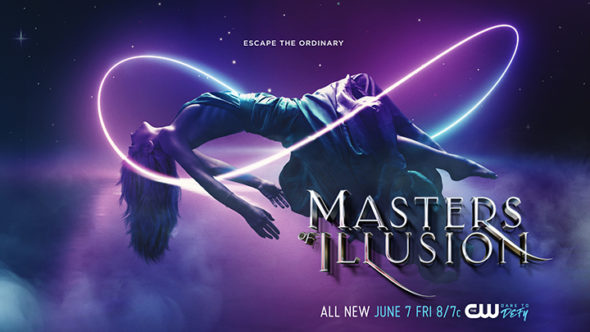 In 2014, The CW revived the Masters of Illusion TV show. Despite declining ratings, the Friday night TV series hasn’t yet been cancelled. It’s now in its sixth season on the network and ninth season overall. How long will the magic continue? Will Masters of Illusion be cancelled or renewed for season ten? Stay tuned.

A CW stage magic show, Masters of Illusion debuted on Pax TV in 2000 and ran for two seasons before moving to MyNetworkTV for a third year. Dean Cain hosts the series, which features magicians performing escapes, large-scale illusions, and sleight-of-hand tricks in front of a live audience.

For comparisons: The eighth season of Masters of Illusion averaged a 0.19 rating in the 18-49 demographic with 887,000 total viewers.

What do you think? Do you still like the Masters of Illusion TV series? Should it be cancelled or renewed for a 10th season on The CW?

4/1 update: Masters of Illusion has been renewed for a 10th season.