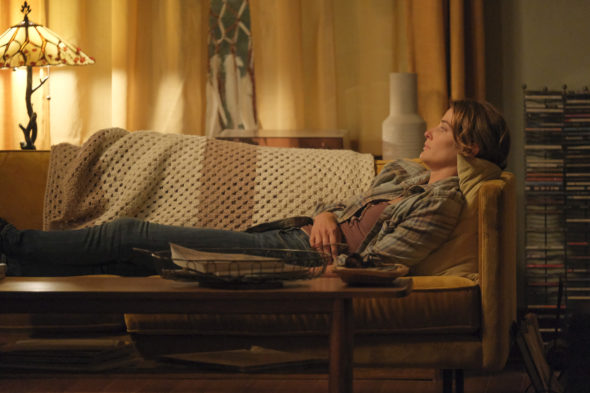 Can Dex get ahead in the first season of the Stumptown TV show on ABC? As we all know, the Nielsen ratings typically play a big role in determining whether a TV show like Stumptown is cancelled or renewed for season two. Unfortunately, most of us do not live in Nielsen households. Because many viewers feel frustration when their viewing habits and opinions aren’t considered, we invite you to rate all of the season one episodes of Stumptown for us here. *Status update below.

An ABC drama, this show is based on the graphic novel series by Greg Rucka and Matthew Southworth. Stumptown stars Cobie Smulders, Jake Johnson, Tantoo Cardinal, Cole Sibus, Adrian Martinez, Camryn Manheim, and Michael Ealy. In the TV show, Dex Parios (Smulders) is a strong, assertive and sharp-witted military veteran who lives in Portland, Oregon. She has a complicated love life, gambling debt, and a brother with Down syndrome, Ansel (Sibus), to care for. With only herself to rely on, she solves other people’s messes with a blind eye toward her own. Her military intelligence skills make Dex a great private investigator, but her unapologetic style puts her in the firing line of hardcore criminals and the police aren’t her biggest fans either. Other characters include Grey McConnell (Johnson), a bar owner and Dex’s friend; casino owner Sue Lynn Blackbird (Cardinal); Dex’s friend Tookie (Martinez), a taco food cart owner; and Lieutenant Cosgrove (Manheim) Detective Miles Hoffman (Ealy) of the Portland Police Bureau.

What do you think? Which season one episodes of the Stumptown TV series do you rate as wonderful, terrible, or somewhere between? Should ABC cancel or renew Stumptown for a second season? Don’t forget to vote, and share your thoughts, below.

*9/17/20 update: Stumptown has been canceled after an initial renewal by ABC.

I think I will quit watching all ABC shows. I don’t give a crap about Neilson ratings. You can’t keep leaving cliffhangers out there and expect viewer loyalty. All these actors did an exceptional job and you had a good show going. You promised another season and then broke your promise. Thumbs down to ABC. You lost a viewer.

Bring it back, this was a great show!

Why?
I love that series

Come on I find a show U like a lot and you cancel. Bring it back!!!

Bring STUMPTOWN back. It was a great show. Why do you keep the trash shows for the 15-35 yr olds for the most part and get rid of the shows the rest of us like? It had good reviews. ABC you failed us and the show. Shame on you