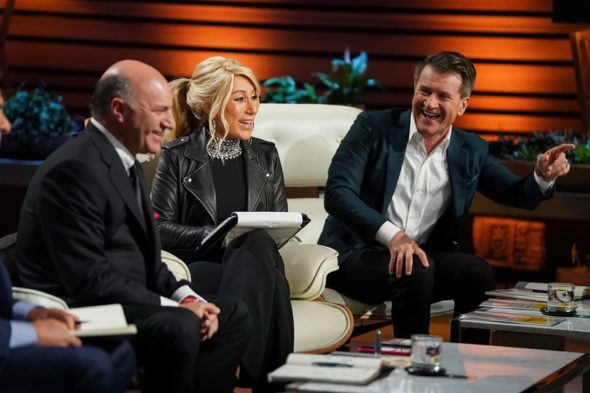 Will there be a feeding frenzy between the sharks in the 11th season of the Shark Tank TV show on ABC? As we all know, the Nielsen ratings typically play a big role in determining whether a TV show like Shark Tank is cancelled or renewed for season 12. Unfortunately, most of us do not live in Nielsen households. Because many viewers feel frustration when their viewing habits and opinions aren’t considered, we invite you to rate all of the 11th season episodes of Shark Tank here. *Status update below.

What do you think? Which season 11 episodes of the Shark Tank TV series do you rate as wonderful, terrible, or somewhere between? Do you think that Shark Tank on ABC should be cancelled or renewed for a 12th season? Don’t forget to vote, and share your thoughts, below.

I love shark tank and please don’t cancel this great show I don’t watch much tv, and most shows on and I find uninteresting. But I have enjoyed shark tank and still watch the reruns on cnbc.

I wish they would cancel the show it’s such a big scam the biggest being my pillow along with the others, n the judges forget about it! Can’t stomach the show

I love this show! Great inventions and some kooky ones too. I would have given it ten stars except I hate it when they start crying and the sympathetic music comes on.