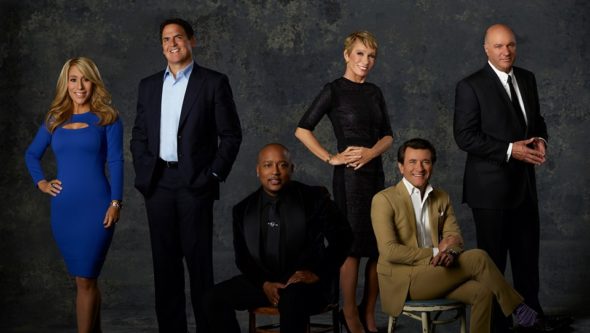 Is your time well-spent watching this series? Has the Shark Tank TV show been cancelled or renewed for a 12th season on ABC? The television vulture is watching all the latest cancellation and renewal news, so this page is the place to track the status of Shark Tank, season 12. Bookmark it, or subscribe for the latest updates. Remember, the television vulture is watching your shows. Are you?

The 11th season of Shark Tank averaged a 0.70 rating in the 18-49 demographic and 3.88 million viewers. Compared to season 10, that’s down by 15% in the demo and up by 5% in viewership. Find out how Shark Tank stacks up against other ABC TV shows.

Will ABC cancel or renew Shark Tank for season 12? The ratings are still good enough for the show to land this series a renewal and casting for season 12 is already underway.  I’ll update this page with breaking developments. Subscribe for free alerts on Shark Tank cancellation or renewal news.

What do you think? Are you glad that the Shark Tank TV show has been renewed for a 12th season? How would you feel if ABC had cancelled this TV series, instead?

I love the show! I really hope it will be renewed, if not I will be very disappointed

It will be renewed. It’s already casting and I am assuming the remaining episodes of this season have been taped already. Plus it’s a solid ratings win for them and super cheap to produce

This show is fantastic!!!! I learn so much about business -as a music teacher it helps me, & in teaching assertiveness, & interpersonal & business skills!! Inspiring shoe about creativity !!!factual research etc! KEEP IT RUNNIN 2020!!!! We need this show!!! THE BEST!!!! Mariann

I ABSOLUTELY LOVE SHARK TANK !!!
PLEASE KEEP IT ON THE AIR! IT IS EDUCATIONAL AND INSPIRING!