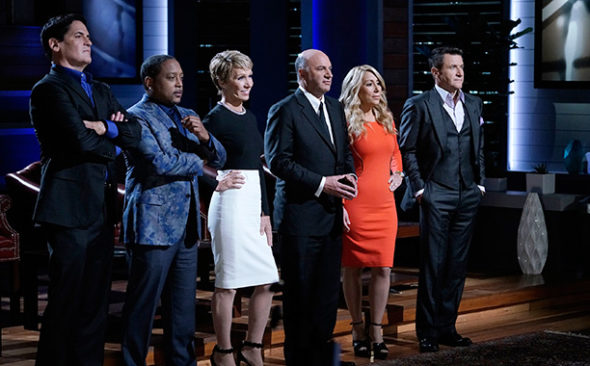 Another season of Shark Tank is already in the can. Season 10 of the ABC TV show has just wrapped filming.

On Twitter, the cast of Shark Tank posted photos from the set of season 10, which finished shooting this week. The new season premieres on ABC on October 7th at 10 p.m. ET/PT.

Check out the behind-the-scenes photos below:

Everytime #LaborDay rolls around it makes me think about getting back into the studio and shooting more @ABCSharkTank Season 10 is in production and the deals are fantastic! pic.twitter.com/oMFX1aEhAY

Excited to be back in my seat shooting the next set of Season 10!!
What behind the scenes do you want to see??#sharktank #behindthescenes @ABCSharkTank pic.twitter.com/XNDm6tmYpp

What do you think? Do you watch Shark Tank? Are you excited for the new season?

I love the show , I would like to see more episodes, I think that program should air all year long.

Love, Love it. Watch reruns all week and any chance I can.

love the show, didn’t realize they did all the show at once over a period of weeks, but, it makes sense

Yes I have watched Shark from the beginning. I am bored with so many repeats. Perhaps we will see all new shows for this season.How many episodes will be new. Also, I would like to see moire follow-ups on the people who actually got help from the sharks for their businesses.