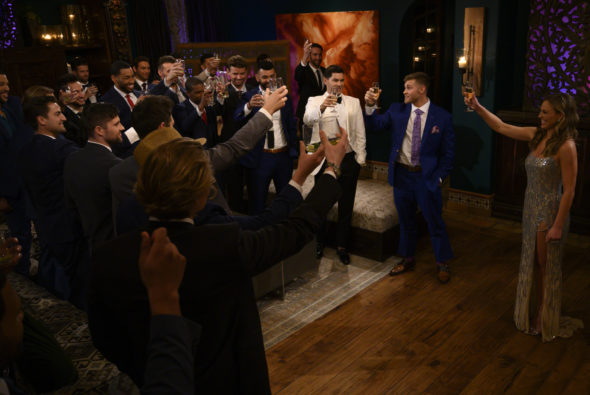 Is love still in the air? Has The Bachelorette TV show been cancelled or renewed for a 16th season on ABC? The television vulture is watching all the latest cancellation and renewal news, so this page is the place to track the status of The Bachelorette, season 16. Bookmark it, or subscribe for the latest updates. Remember, the television vulture is watching your shows. Are you?

An ABC “reality” dating competition, in season 15, The Bachelorette follows former Miss Alabama USA Hannah Brown — an alumna of the most recent season of The Bachelor, featuring Colton Underwood. Fans will remember Colton ended their relationship the night Hannah met his family. This time out, Hannah and host Chris Harrison will welcome guests including celebrity couple Jason Biggs and Jenny Mollen, Boston Celtics’ Jaylen Brown and Terry Rozier, runway coach Miss J. Alexander, and drag queens Alyssa Edwards and Alaska. The 15th installment will also feature performances by Lukas Graham and Jake Owen, and will visit locations including Scotland, the Netherlands, Latvia, and Greece, as well as the traditional “hometown” dates.

The 15th season of The Bachelorette averaged a 1.53 rating in the 18-49 demographic and 5.77 million viewers. Compared to season 14, that’s down by 3% and 2%, respectively. Find out how The Bachelorette stacks up against other ABC TV shows.

Will ABC cancel or renew The Bachelorette for season 16? Unless something big and unanticipated happens, I’m sure it will be renewed. I’ll update this page when it becomes official. Subscribe for free alerts on The Bachelorette cancellation or renewal news.

What do you think? Are you glad that The Bachelorette TV show has been renewed for season 16? How would you feel if ABC had cancelled this TV series, instead?

It’s stupid & should be cancelled