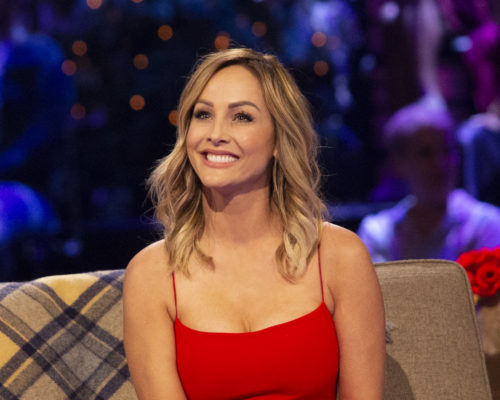 As reported earlier, Clare Crawley has been chosen as the next Bachelorette. Crawley was previously a contestant on season 18 of The Bachelor as well as seasons one and two of Bachelor in Paradise and Bachelor Winter Games.

Season 16 of The Bachelorette was supposed to begin filming this spring but production has been put on hold indefinitely because of the ongoing coronavirus pandemic. ABC‘s VP of alternative series, Rob Mills, told Variety the network hopes the new season will be able to film this summer and possibly debut in the fall:

We’ve looked at everything — are travel restrictions going to ease up? And it just doesn’t look like anything is changing anytime soon, and what we would rather do is start getting the season underway, sooner rather than later. As of right now, the plan is to get a great location that has a ton of space where everybody could safely be together and we can still have great dates that still feel big and romantic, and we would shoot the entire season there.”

Additionally, the production adjustment means there will be some casting changes with the contestants.

What do you think? Do you watch The Bachelor/Bachelorette? Do you think the show should delay filming for longer or resume this summer?

Just wait. It would be super difficult to do it safely, and then it would take away from the whole romance feeling. We can survive without it a little longer. God knows Clare needs a rest from so much manhunting.

I hope they can figure out. Have been looking forward to Claire’s season.