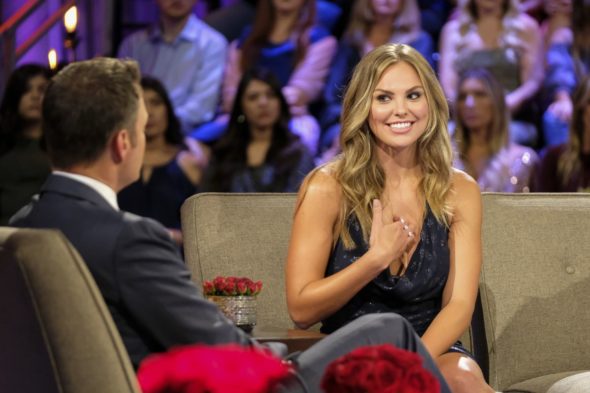 The Hannah Brown season of The Bachelorette TV show is over but the series certainly isn’t. ABC has announced that the dating series has been renewed for a 16th season which will debut Summer 2020. Though the show’s ratings have fallen over time (as has every network series’), The Bachelorette is still the alphabet network’s highest-rated summer series.

Here’s the relevant portions of the ABC press release which announced the dual renewals of The Bachelorette and Bachelor in Paradise.

The No. 1 Show of Summer ‘The Bachelorette’ to Return for Season 16

ABC announced today at the network’s Television Critics Association presentation that the No. 1 show of summer, “The Bachelorette,” was picked up for its 16th season.

Last week, the dramatic 15th season of “The Bachelorette,” featuring Hannah Brown, aired its shocking season finale with a surprise breakup and potential rekindled romance. The season finale telecast grew year over year by 17% among Adults 18-49 to post the show’s highest-rated telecast in two years and delivered a season-high 2.2 million total social interactions.

What do you think? Do you enjoy The Bachelorette TV show? Will you be watching season 16 next year?

Wasn’t she supposed to be the beast ,? Every other show she was crying, come on !!!! This is what turns me off about the show, why not get more mature people on instead of the high schoolers. ? Then she sends home good guys to keep Luke P , are you kidding me? Stupid really stupid actions. Boo hoo

I don’t watch that garbage either…. I can’t believe young people are so pathetic that they have to broadcast it.

The Bachelor and Bachelorette shows are stupid, I have never watched them and never will!

Bachelor and bachelorette are the most stupidest shows ever!! Nothing but hard up losers trying to find a so called”mate” out of 25 people!!! If you also want to announce to the world that you had sex with how many people on the show, that’s your doing , but I find it absolutely intolerable to watch!!! It’s sucks!!!