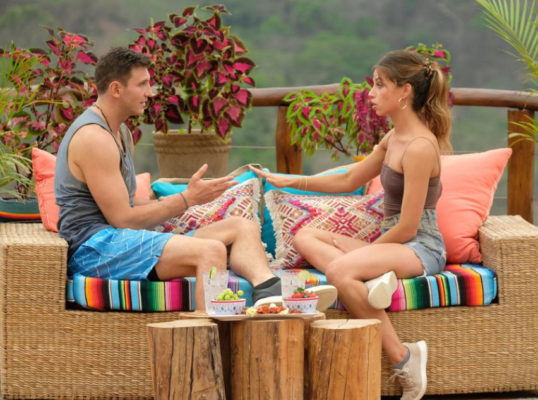 The alphabet network didn’t waste any time making a decision about the fate of the Bachelor in Paradise series. ABC has renewed the reality competition for a seventh season which will debut during the summer of 2020. Season six of the show launches tonight and another episode airs tomorrow evening.

Here are the relevant portions of the ABC press release about the 2020 renewals of Bachelor in Paradise and The Bachelorette.

The No. 1 Show of Summer ‘The Bachelorette’ to Return for Season 16, and Fan-Favorite ‘Bachelor in Paradise’ Picked Up for Season Seven

ABC announced today at the network’s Television Critics Association presentation that the No. 1 show of summer, “The Bachelorette,” was picked up for its 16th season, and summer’s guiltiest pleasure, “Bachelor in Paradise,” will return for its seventh season.

These “Bachelor” franchise properties join the already announced 24th season of “The Bachelor,” which will also return in 2020. During its 2019 run, featuring Colton Underwood, “The Bachelor” ranked as Monday’s No. 1 TV program in Adults 18-34, Women 18-34 and Women 18-49, standing as the night’s top-rated series on each of its 10 telecasts of the season.

What do you think? Have you watched the past seasons of Bachelor in Paradise on ABC? Will you be tuning in for season six tonight and season seven next year?

Trashy show. I tried watching during the first season but was turned off by the trash. A friend has been telling me that the show has cleaned up and I really need to try it again. So, I decided to give it a try again for this sixth season. I quit, again, weeks ago. Trash. Still trash. Nothing worth watching. My friend was even turned off by this season. She was not happy that they broke the rules and brought an outsider into the show. She said that would not have ever happened before. I won’t be talked into giving… Read more »

It’s amazing that we talk about our Christian values; yet, a popular show that promotes softcore prostitution is so popular. Basic premises, you have one man or woman displaying their intimate desires and doing who-knows-what with several men or women for the sake of entertainment. These individuals aspire to receive some kind of monetary or gift rewards for services rendered. I choose not to watch the show I opt to be a little more constructive with my time.

I totally agree with The Dipper! It just seems like only real crap is being renewed because of the cut off age for the sponsors… Only those under 49 seem to have clout. Those of us with the money & buying power should keep track of who sponsors the good shows & support them and check the idiots that have commercials on this junk tv & stop buying their products! Lets hit them where it hurts. ; )

Another trash reality show renewed. What has happened to our society.