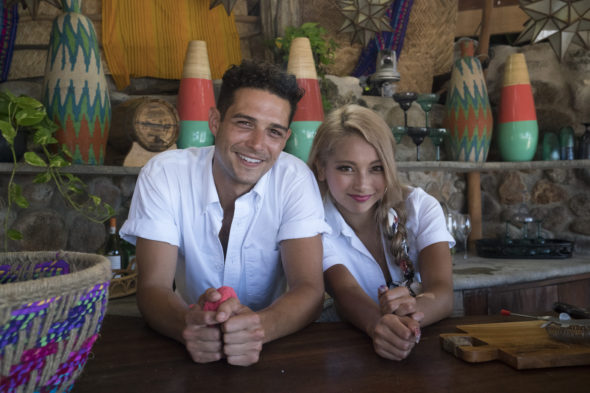 Will the gates to paradise remain open? Is the Bachelor in Paradise TV show cancelled or renewed for a sixth season on ABC? The television vulture is watching all the latest cancellation and renewal news, so this page is the place to track the status of Bachelor in Paradise, season six. Bookmark it, or subscribe for the latest updates. Remember, the television vulture is watching your shows. Are you?

Will ABC cancel or renew Bachelor in Paradise for season six? I think ABC will probably renew it or, at least create some other Bachelor-related series. I’ll update this page with breaking developments. Subscribe for free alerts on Bachelor in Paradise cancellation or renewal news.

2/6/19 update: ABC has renewed Bachelor in Paradise for a sixth season.

What do you think? Are you glad that the Bachelor in Paradise TV show has been renewed for season six? How would you feel if ABC had cancelled this TV series, instead?

I think that it was wrong to allow Demi’s girlfriend on the show. If she had a boyfriend when she came on the show she would be there for the wrong reason. Her girlfriend has nothing to do with the show, she was not on the Bachelor. I believe Demi should have gone home, she’s not there to find love (she has already found it). I think it’s great that she found love and was open about it. I’m happy for her. I just see no reason for her to be on the show at this point.

i watch it for pure entertainment, i just saw Becca is one it?? i thought she just picked a dude to marry? the thing i don’t like is the high school attitude , the crying…..omg