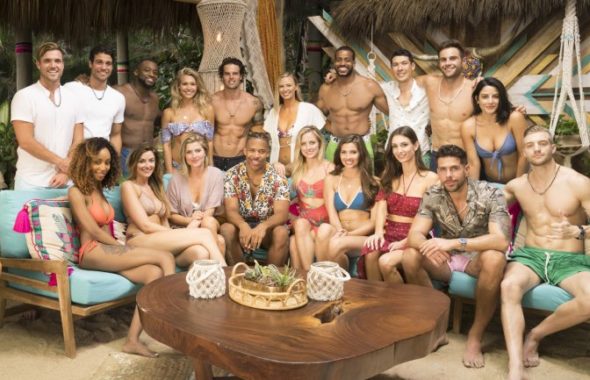 There will be plenty of new drama this summer. ABC has announced that they’ve renewed their Bachelor in Paradise spin-off series for a sixth season. It will air sometime this summer. Will Colton Underwood or any of the ladies from the current cycle of The Bachelor take part? We’ll have to wait and see.

What ABC has told us about Underwood and company is that season 23 of The Bachelor will conclude with a pair of episodes on March 11th and 12th. There’s been no official pickup announcement for season 15 of The Bachelorette yet but it’s presumed that the series will return in the spring.

Here are the press notes about The Bachelor and Bachelor in Paradise:

THE SHOCKING CONCLUSION TO COLTON’S JOURNEY TO FIND LOVE WILL UNFOLD LIVE OVER TWO NIGHTS, MARCH 11 AND 12, ON ABC’S ‘THE BACHELOR’

How will Colton Underwood’s journey to find love end? It will be a finale unlike any other in Bachelor history as Colton’s exploration to find a lifetime of happiness and his soul mate comes to a close with the astonishing live, two-night Season Finale event on “The Bachelor,” MONDAY, MARCH 11 (8:00-10:00 p.m. EDT), and TUESDAY, MARCH 12 (8:00-10:00 p.m. EDT), on The ABC Television Network, streaming and on demand. Colton will join Chris Harrison and a studio audience on both nights as America watches his gut-wrenching journey conclude.

Will Colton find his fairy tale ending or will his biggest fear of ending up alone come true?

The virgin Bachelor Colton has been waiting for a woman he truly loves before committing himself to a full physical relationship. Will any of these beautiful, accomplished potential partners be invited to the fantasy suite? Watch the startling outcome on, “The Bachelor,” MONDAY, MARCH 4 (8:00-10:00 p.m., ET), on The ABC Television Network, streaming and on demand.

“The Bachelor: The Women Tell All” will air on a special night, TUESDAY, MARCH 5 (8:00-10:00 p.m., ET), on The ABC Television Network, streaming and on demand. The sparks will fly and the claws come out as Colton faces the women he rejected, including some of the most controversial and memorable bachelorettes from this season.

It’s another wild ride as “Bachelor in Paradise” will return for its sixth season this summer with favorite members of Bachelor Nation getting another chance at finding love. Host and keeper of the keys, Chris Harrison, greets the familiar men and women that are hoping to find love on the beach like Ashley I. and Jared, Carly and Evan, and Jade and Tanner.

What do you think? Have you been watching season 23 of The Bachelor on ABC? Do you plan on tuning in to watch season six of Bachelor in Paradise this summer?