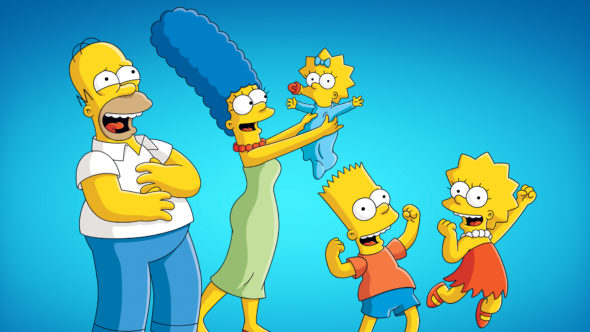 Homer, Marge, and the kids don’t seem to get any older and their series isn’t going anywhere. Today, FOX announced that The Simpsons animated series has been renewed for two more years — seasons 31 and 32. This will take the show through the 2010-21 television season and, if all goes according to plan, will keep the residents of Springfield on its current network after the Disney acquisition.

FOX RENEWS “THE SIMPSONS” FOR UNPRECEDENTED 31ST AND 32ND SEASONS

Making history yet again, THE SIMPSONS has been renewed for its 31st and 32nd seasons on FOX, by which time, the series will have produced 713 episodes.

The longest-running primetime scripted show in television history, THE SIMPSONS exploded into a cultural phenomenon in 1990 and has remained one of the most groundbreaking and innovative entertainment franchises, recognizable throughout the world. Currently airing its historic 30th season, THE SIMPSONS has won 33 Emmy Awards, 34 Annie Awards, a 2016 People’s Choice Award and a 2016 Environmental Media Award. It was the first animated series to win a Peabody Award and was nominated for an Academy Award in 2012 for the theatrical short “The Longest Daycare.” “The Simpsons Movie” was a hit feature film, the mega-attraction “The Simpsons Ride” at Universal Studios has received historic expansion updates with the addition of “Springfield” and the show was honored with a Star on the Hollywood Walk of Fame in 2000. It has been named the “Best Show of the 20th Century” by Time magazine and called the “Best TV Show Ever” by Vulture in 2016.

On the next all-new episode, “I’m Dancing as Fat as I Can” airing this Sunday, Feb. 10 (8:00-8:30 PM ET/PT), Homer (Dan Castellaneta) angers Marge (Julie Kavner) by binging their favorite show without her, and has to pick up a new skill in order to make amends. Meanwhile, Bart (Nancy Cartwright) prepares to compete in “Krusty’s Holiday Trample,” and Netflix’s Ted Sarandos makes a guest-voice appearance as himself. Other guest voices featured throughout the remainder of Season 30 include Awkwafina, Judy Blume, Ken Burns, Nicole Byer, Guillermo del Toro, Will Forte, Ken Jeong, John Lithgow, Dave Matthews and J.K. Simmons.

THE SIMPSONS is a Gracie Films Production in association with 20th Century Fox Television. James L. Brooks, Matt Groening and Al Jean are the executive producers. The Gracie Films Worldwide Brand Division develops and produces the licensed content for the series. Visit THE SIMPSONS website at simpsonsworld.com. “Like” the series on Facebook at facebook.com/TheSimpsons. Follow Homer Simpson @HomerJSimpson and join the conversation using #thesimpsons.

What do you think? Have you (still) been watching The Simpsons on FOX? Do you think the show could be renewed after season 32 or, should that be the end?

I want to say that everything in life has to come to an end theirs so many accomplishments the simpsons did over the years and I Have to say enough is enough please let the series be over once and for all. Because I doubt any other series Will top them they had a good run over the years, so it’s time for the show to wrap it up.

Simpsons is my #1 show. I never miss it. I’ve watched from the very beginning, back on the Tracy show. I hope it is never cancelled.