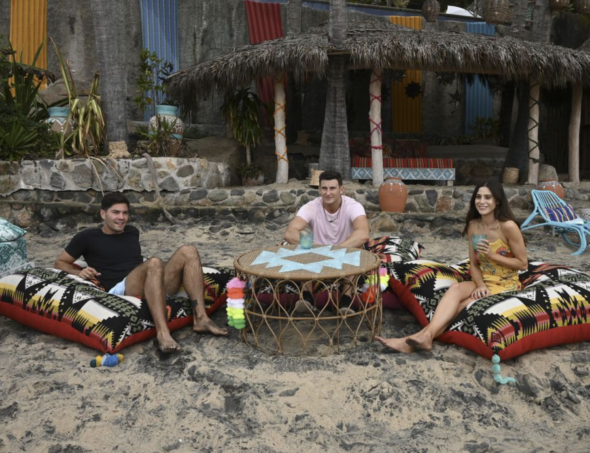 Is Paradise still in reach? Has the Bachelor in Paradise TV show been cancelled or renewed for a seventh season on ABC? The television vulture is watching all the latest cancellation and renewal news, so this page is the place to track the status of Bachelor in Paradise, season seven. Bookmark it, or subscribe for the latest updates. Remember, the television vulture is watching your shows. Are you?

In the sixth season of Bachelor in Paradise, the Monday episodes averaged a 1.22 rating in the 18-49 demographic and 4.41 million viewers. Compared to Mondays last year, that’s up by 1% in the demo and down by 1% in viewers.

The Tuesday episodes averaged a 1.12 rating in the 18-49 demographic and 4.04 million viewers. Compared to Tuesdays last year, that’s up by 4% in the demo and even in viewers. Find out how Bachelor in Paradise stacks up against other ABC TV shows.

Will ABC cancel or renew Bachelor in Paradise for season seven? The series typically does very well for the network so it came as no surprise that ABC would renew it for a seventh season. When will it debut? Subscribe for free alerts on Bachelor in Paradise cancellation or renewal news.

What do you think? Are you glad that the Bachelor in Paradise TV show has been renewed for a seventh season? How would you feel if ABC had cancelled this TV series, instead?

Sometimes it is funny but again what is with the high schoolers? Crying all the time , somebody !

After watching show from beginning season am finding it become boring and superficial.

It is definitely superficial and the most boring show on TV. I just don’t understand how such a FAKE show stays on TV when there are other shows so much better than this waiting for a chance to be on the air. Cancel it please!!