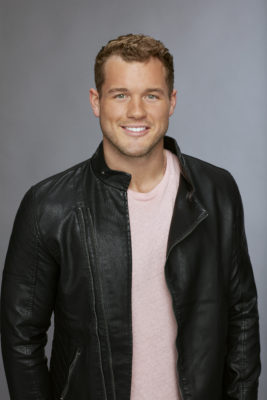 ABC has found their new bachelor. Today, the network announced Bachelorette star Colton Underwood will star in season 23 of The Bachelor.

Colton Underwood burst onto the scene during season 14 of “The Bachelorette.” It was his good looks, love for dogs and vulnerability that charmed not only Bachelorette Becca Kufrin, but all of Bachelor Nation. This former NFL player made a play for Becca’s heart but was sadly sent home after professing he had fallen in love. Now Colton is back and ready to capture hearts across America yet again when he returns for another shot at love, starring in the 23rd season of ABC’s hit romance reality series “The Bachelor,” when it premieres in January 2019.

The announcement and Colton’s exclusive appearance were made on “Good Morning America” this morning.

Colton, 26, was best known for his candor when speaking about his virginity and had America standing by him when he discussed the sensitive topic during his emotional breakdown on “The Bachelorette: The Men Tell All”reunion.

When Colton showed up to the beaches of Mexico this summer on “Bachelor in Paradise,” he was hopeful. While he may not have found love, he didn’t leave empty-handed. He found closure with former flame Becca Kufrin; clarity with Bachelor Nation favorite Tia Booth; and above all, an unwavering desire to find the woman of his dreams. After a summer of growth and a new perspective on what he is looking for, Colton is more than ready for this next chapter.

Colton was born in Indianapolis and grew up in the small town of Washington, Illinois. He is part of a loving, blended family with his seven siblings, father and stepmother, and mother and stepfather. It was Colton’s close relationship to his family that sparked his idea to start the Legacy Foundation, a charity for cystic fibrosis, something that his 6-year-old cousin Harper was diagnosed with as a baby.

When Colton isn’t planning his next life-changing donation for his foundation, you can find him hiking through the Colorado Rockies with his two rescue dogs or driving windows down with his favorite country music playing. This all-American is looking for a teammate who will join him for a life full of adventure, philanthropy and lasting love; and he is confident that he will find her on “The Bachelor.”

Hosted by Chris Harrison, “The Bachelor” is a production of Next Entertainment in association with Warner Horizon Unscripted & Alternative Television. Mike Fleiss, Elan Gale, Bennett Graebner and Nicole Woods are the executive producers. “The Bachelor” is broadcast in 720 Progressive (720P), ABC’s selected HDTV format, with 5.1-channel stereo surround sound.”

I don’t know about Colton as the bachelor, I may watch some. I guess him and Tia didn’t work out?? It should be interesting !