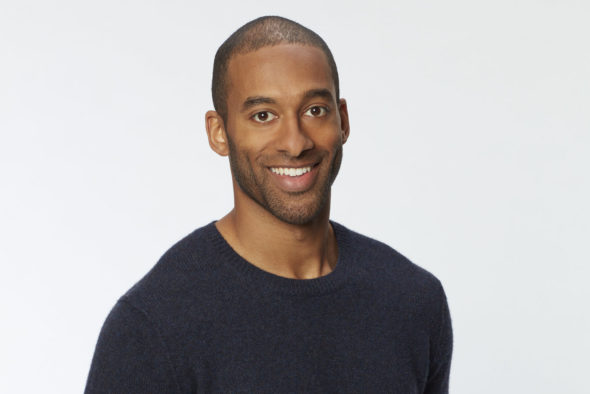 ABC has chosen the next star for The Bachelor TV show — Matt James. Cast in season 16 of The Bachelorette (which has been delayed due to the coronavirus pandemic), James is the first black male lead in the program’s history.

Of the casting, Karey Burke, president of ABC Entertainment, said, “Matt has been on our radar since February, when producers first approached him to join Bachelor Nation, as part of Clare’s season. When filming couldn’t move forward as planned, we were given the benefit of time to get to know Matt and all agreed he would make a perfect Bachelor. We know we have a responsibility to make sure the love stories we’re seeing onscreen are representative of the world we live in, and we are proudly in service to our audience. This is just the beginning, and we will continue to take action with regard to diversity issues on this franchise. We feel so privileged to have Matt as our first Black Bachelor and we cannot wait to embark on this journey with him.”

Rachel Lindsay was the first black female lead of The Bachelorette in season 13 which aired in 2017. Lindsay has been critical of the Bachelor franchise’s lack of diversity. Today, she congratulated James but also noted, “I would be remiss to not point out that based on the current climate, it feels like a knee-jerk reaction and a result of societal pressure. This announcement, without any further commitments regarding diversity, sweepingly brushes deeper issues under the rug. Until we see action to address the systemic racism within the franchise, the casting news today is equivalent to the trend of posting a black box on your social media account without other steps taken to dismantle the systems of injustice. I look forward to hearing more about the additional efforts the franchise plans to make towards change.”

After meeting Matt James as a prospective suitor for “The Bachelorette,” thousands of fans swooned over the would-be cast member. He is the total package. He has strong family values, a great career, and over the past few months, he has used his growing platform for good. Today, Matt announced on “Good Morning America” that he will take on the role as the lead of his own love story as the star of the momentous 25th season of ABC’s hit romance reality series, “The Bachelor.”

While much of Bachelor Nation has fallen in love with him already, many will meet the 28-year-old real estate broker, entrepreneur and community organization founder on his journey to find love for the first time. The North Carolina native went to Wake Forest University, where he majored in economics and played wide receiver for the football team. He went on to play professional football, before moving to New York City, where he now resides. His love of food and passion for giving back led to his creation of an organization that is designed to find creative ways to engage kids from underserved communities in New York City, encouraging physical and mental wellness, while also giving them opportunities for new experiences throughout the city.

What do you think? Are you a fan of The Bachelor franchise? Are you looking forward to watching season 25?

I am very happy that their is finally a black bachelor. However, I’m not happy with Rachael Lindsay’s comment about this being a knee-jerk reaction. Dont worry about the reason, just be grateful it happened my dear.

Now the show and format is old and tired they allow the ‘second string’ contestants. And only after their advisers tell them we might lose more than we gain if we don’t do it. No integrity on any side, not even this black bachelor who should say ‘I’m not doing this has-been show after it’s sell by date has expired’. All about money and politics. Hoe, I mean how, many girls will sell themselves like prostitutes for a ‘career’ on-line this time? Their parents will be so proud!
It will also live to haunt many of them.

when it will be shown?