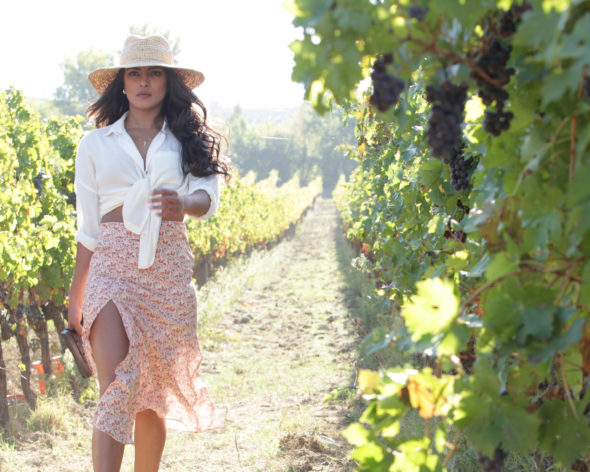 Is Alex Parrish still fighting the good fight? Has the Quantico TV show been cancelled or renewed for a fourth season on ABC? The television vulture is watching all the latest cancellation and renewal news, so this page is the place to track the status of Quantico, season four. Bookmark it, or subscribe for the latest updates. Remember, the television vulture is watching your shows. Are you?

An ABC terrorism drama, season three of Quantico stars Priyanka Chopra as Alex Parrish. The cast also includes Jake McLaughlin, Johanna Braddy, Russell Tovey, Alan Powell, Marlee Matlin, and Blair Underwood. Alex left the CIA behind for three years of peaceful anonymity in Italy. Now, though, Ryan (McLaughlin) convinces her to help save Shelby (Braddy) from a notorious international arms dealer known only as The Widow. They draft Harry (Tovey) and Owen (Underwood) to their cause. Owen tags in Jocelyn Turner (Matlin), who has history with The Widow. Together, they form a whole, new black-ops force.

The third season of Quantico on ABC averaged a 0.43 rating in the 18-49 demographic and 2.57 million viewers. Compared to season two, that’s down by 36% and 8%, respectively. Find out how Quantico stacks up against other ABC TV shows.

Will ABC cancel or renew Quantico for season four? This show hasn’t done well in the ratings for quite some time and season three got off to a terrible start. Word is, it does well in streaming and overseas but I just can’t see it being reviewed with such terrible ratings. Since that’s just speculation, I’ll keep an eye on the ratings and update this page with breaking developments. Subscribe for free alerts on Quantico cancellation or renewal news.

5/11/18 update: ABC has cancelled the Quantico TV show so there won’t be a fourth season. Details here.

What do you think? Were you hoping that the Quantico TV show would be renewed for a fourth season? Are you sorry that ABC cancelled this TV series, instead?

Bring back Quantico! Alex and Ryan together!

This show need to come back on the air . I loved it and want it back

please continue with quantum season 4. is a beautiful series, it can not end like this!
Thank you

I was recently introduced to Quantico on Netflix by a good friend. I have been hooked on it and watched the entire three series in the short time since! I was so sad to see an abbreviated end to this series, but from reading up on the reasons why, I understand. Although I’m sorry to hear the show was cancelled due to poor live ratings for the third season, I really believe that viewer trends have changed in the last couple of years, especially given Covid conditions of the last year. If the writers/producers/actors were ever to reconsider a fourth… Read more »

I was hoping for more sessions… I loved the show. Please bring it back with the same people!!!

They need to bring Quantico back it’s a great tv show. Please bring it back with the same crew.

I can’t imagine why it was cancelled.
Did the popularity drop?

Please bring it back! Not many shows that I enjoy watching but this is one of them. Need more of this series!

I have enjoyed this serie 1-3. Waiting for the next season (s). Rates are misleading if these concern only TV and no streaming rates. A fan from the Netherlands.

Please give us Quantico back

At least do a movie and give us fans and Quantico a decent finale!