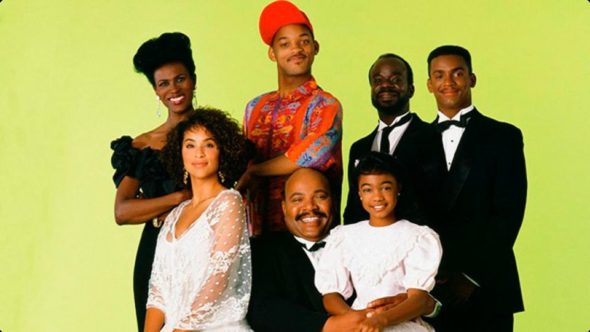 Will Smith is kickin’ it old school. The Fresh Prince of Bel-Air star recently reunited the NBC TV show’s cast, via The Hollywood Reporter.

The NBC sitcom starred Will Smith as a fictionalized version of himself who moves in with his aunt and uncle in the wealthy L.A. neighborhood of Bel Air. The cast also included James Avery, Daphne Reid, Alfonso Ribeiro, Karyn Parsons, Tatyana Ali, and Joseph Marcell. The series ended in 1996 after six seasons.

On SnapChat, Smith reunited with his Fresh-Prince castmates, including Alfonso Ribeiro, DJ Jazzy Jeff, Joseph Marcell, Tatyana Ali, Daphne Reid, and Karyn Parsons, to reminiscence on the NBCseries’ 30th anniversary and pay tribute to James Avery. See video of the reunion below:

What do you think? Are you a big fan of The Fresh Prince of Bel-Air? Would you watch a revival?