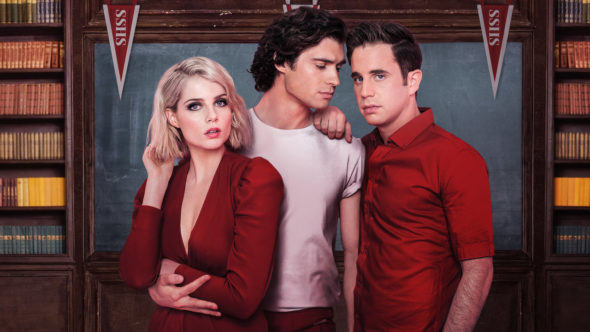 What’s next for The Politician? Recently, executive producer Ryan Murphy spoke with Collider about season two of the Netflix TV shows.

Speaking to Collider, Murphy confirmed season two of The Politician will debut on Netflixthis summer:

Season 2, we were lucky enough that we finished filming and editing right before the coronavirus thing happened. We have seven. We finished all of our episodes. We have a great second season and I think we’re trying to figure out how do we mix them now in the social distancing age. I think we’ve figured it out. It’s going to come out in the middle of June still, season two. I’m really proud of it. I love what we came up with, Brad Falchuk and Ian Brennan and I.”

Overall, Murphy said he hopes The Politician will run for three seasons:

I think for me, for that show, I would like to do, and I think all of us involved in it, would probably like to do three seasons total. And I think where season two ends, what I would love to do is take a couple of years off and have Ben Platt get a little bit older for his final race. That would obviously be a presidential race, right? That’s always what we had designed, and I think that’s what our plan is. I’m going to wait. Ben is young, so I want to wait a couple of years to figure out how we age him up a little bit. But that’s always been my plan.”

What do you think? Have you seen The Politician? Will you watch season two?