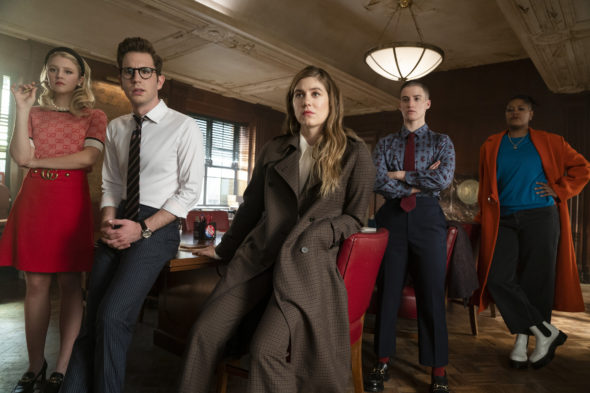 A Netflix dark comedy, The Politician was created by Ryan Murphy, Brad Falchuk, and Ian Brennan. A dark comedy series, the show stars Ben Platt, Judith Light, Bette Midler, Gwyneth Paltrow, Lucy Boynton, Zoey Deutch, Laura Dreyfuss, Theo Germaine, Julia Schlaepfer, Rahne Jones, Ryan Haddad, Sam Jaeger, David Corenswet, Benjamin Barrett, Jackie Hoffman, Teddy Sears, Joe Morton, Trevor Mahlon Eason, and Trey Eason. In the first season, Payton Hobart (Platt) is a driven and wealthy student from Santa Barbara who’s always known that he’s going to be President of the United States one day. In season two, Payton fights to unseat Dede Standish (Light) in the New York State Senate race. As a long-time incumbent and greatly admired Senate Majority Leader with no-nonsense Chief of Staff, Hadassah Gold (Midler) at her side, Dede’s re-election was supposed to be easy, but Payton – who sees this as the next step on his path to the Presidency – must decide what kind of politician he ultimately wants to be in order to succeed. Meanwhile, his mother, Georgina (Paltrow), makes a momentous decision that threatens to upstage him and everything he’s hoping to accomplish.

What do you think? Which season two episodes of The Politician TV series do you rate as wonderful, terrible, or somewhere between? Do you think that The Politician on Netflix should be cancelled or renewed for a third season? Don’t forget to vote, and share your thoughts, below.