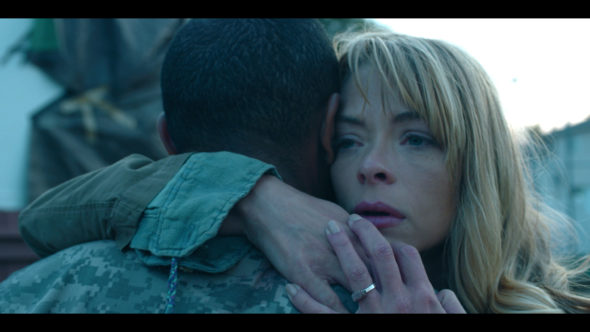 Get ready for more Black Summer! Netflix has renewed the series for a second season. The series stars Jaime King, Justin Chu Cary, and Christine Lee. Additional casting for the new season will be announced at a later date.

Black Summer follows King’s character, Rose, as she tries to survive the early days of a zombie apocalypse. Some see the series as a prequel to Z Nation.

Production on the eight-episode season will start in Canada in 2020. No additional details about season two were revealed in the press release from Netflix.

The series is created by Karl Schaefer and John Hyams. Schaefer is the man behind Z Nation. Abram Cox joins Schaefer and Hyams for the writing of the series. Hyams will also act as showrunner for the second season.

Season one of the zombie series scored a 9.15 with those that voted for it in our viewer voting poll.

What do you think? Are you excited to see more of Black Summer?

Hoping that Black Summer season 2 will show soon…. This show is excellent…… Got to find out what happens next.. Excellent show. I give Black Summer 10 s Up…

Looking forward to it…Need more great Zombie movies, or series as long as it does t get cheesy like The Walking dead..

WHAT IS THE RELEASE DATE FOR BLACK SUMMER SEASON 2?

I’m so happy it’s coming back

I don’t know that I would consider this a prequel to Z Nation – a zombie show that really had fun with the material.

Glad it’s coming back. I enjoyed season one.