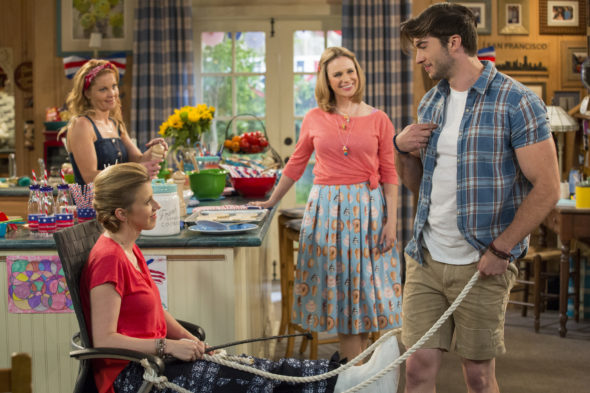 It’s official. Just hours after we reported that a source told us Netflix had renewed Fuller House for a fourth season, they confirmed the season four pickup on social media. Check out the tweets from the show’s official Twitter page, and some cast members too, below. According to the announcement, Fuller House season four will premiere on Netflix in 2018 on a date TBD.


Well… it’s official… season 4 of fullerhouse has been announced!! Can’t wait to get back to… https://t.co/epRKqyCYNX

What do you think? Are you ready for a fourth season of the Fuller House TV series on Netflix? What do you most enjoy about this Full House sequel series?

My girls and I really enjoy Fuller House, but I really hope they don’t bring back the Danny, Joey, Jesse & Becky full-time. Occasional “visits” are nice, but I really enjoy the new dynamic without them. They had their seasons. This is the next generation, D.J., Steph, and Kimmy need to be the forefront or the show will tank.

Fuller House is a staple in my household. Myself and my four kids love this show. For me, it is a moment of nostalgia. It takes me back to a simpler time. A time before all the electronic devices and technology. It keeps my mind straight on how family life really should be. Thank you for this remake, and please keep it going.