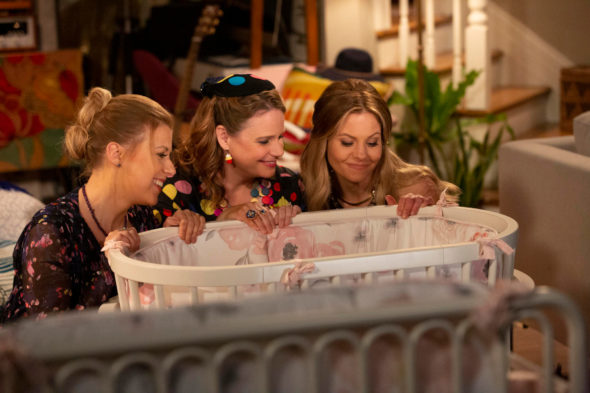 Is this the end of the line for the Fuller household? Has the Fuller House TV show been cancelled or renewed for a sixth season on Netflix? The television vulture is watching all the latest cancellation and renewal news, so this page is the place to track the status of Fuller House, season six. Bookmark it, or subscribe for the latest updates. Remember, the television vulture is watching your shows. Are you?

We already know that the series is ending so there won’t be a sixth season. I’ll keep an eye out for breaking developments. Subscribe for free alerts on Fuller House cancellation or renewal news.

What do you think? Were you hoping that the Fuller House TV show would be renewed for a sixth season? Are you sorry that the series is ending?

I want fuller house to have a 6th season please!! I love this show and it brought back some good ol’ memories I really hope that in the near future Fuller House comes back for a 6th season I love the cast and how funny and caring this show is!!