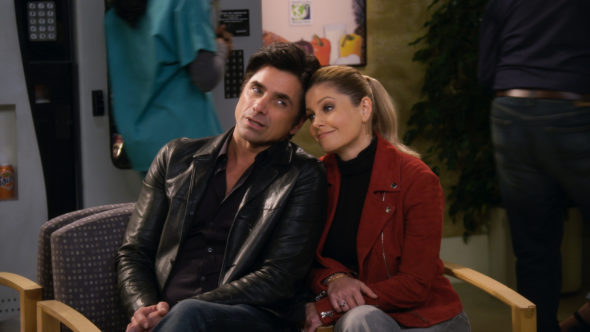 Fuller House is airing its final episodes later this week. Members of the cast are talking about the series ending and whether or not fans could see D.J. and her friends and family reunited on-screen once again.

When asked about filming the last episode of Fuller House, Candace Cameron Bure said the following, per TV Insider:

“There were a lot of tears shed. We were all trying to keep it together because we still had to shoot the show in front of a studio audience. There was so much gratitude and appreciation. It was just love between all of us. As much as there were tears, I really wanted to be as present as possible, enjoying, smiling and remembering all the moments. Then we taped the show with lots of laughs. There were moments I broke down and had to stop in the middle of a scene and collect myself and try it again. That happened for several of us. It was an emotional day, but wonderful.”

Andrea Barber spoke about the possibility of the characters returning at some point in the future. She said:

“I can’t make an educated guess because I don’t know what the television landscape will be in 10 or 20 or however long it will take for us to be the grandmothers of the house. It doesn’t feel like it’s over in my bones. It doesn’t feel finished yet. I hope it’s not the last time I put on the bacon and egg scarf. I really want to play this character and see where she is and see her grow. We’ve seen Kimmy, D.J. and Stephanie since they were 5 and 10. Let’s continue it into our 60s. Let’s see them as the Golden Girls of the new generation. I’m ready.”

Cameron Bure was also open to returning if the ‘opportunity’ was there.

Jodie Sweetin, Bure, and Barber also spoke with ET Canada about the end of the Netflix series.

What do you think? Are you a fan of the Fuller House TV series? Are you sad to see it end?

can see a return, hell, it would be better than ANY “reality/competition/singing/dancing/dating,etc” show

Totally disagree. I’d love to see them come back.

Maybe there can be another show a few yrs later with Jimmy and Stephanie moving into the house w/ their 3 kids and DJ and Kimmy moving back to help them.