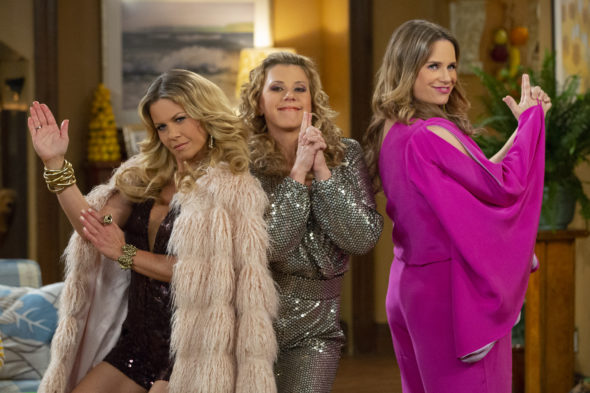 Following the events at the end of season four, how will the Fuller household operate with even more people living under the same roof? Happily, fans of the Fuller House TV show will get to find out in season five of the family comedy series.

Though there was reportedly some concerns that Fuller House might be cancelled, inside sources have confirmed (exclusively) that the Netflix series has been renewed for a fifth season.

While it’s unclear how many episodes have been ordered this time around (seasons one, two, and four had 13 episodes each while season three had 18 installments), sources say that production is expected to begin in the spring. Seasons two, 3B, and four all launched in December so I suspect the fifth season will follow suit. We’ll report additional details about season five once we have them.

What do you think? Do you like the Fuller House TV show? Are you glad that the series will be returning for a fifth season? How long should this sequel sitcom run?

It should last as long as the people want to keep doing it. I grew up on Full House and now I get to watch my kids grow up on Fuller House. My 3 year old gets excited when it comes on. I do NOT approve of the 5th season being the last.!!

I never got to see the original but it’s ‘legend’ had me wanting to find out more.

Sadly this was a dreadful show and without any real humour at all.

I LOVE IT!!!!! SO EXCITED, MY 3 DAUGHTERS ALL WATCH IT WITH ME, IT GIVES US AN OPPORTUNITY TO BOND OVER SOMETHING FROM MY CHILDHOOD..