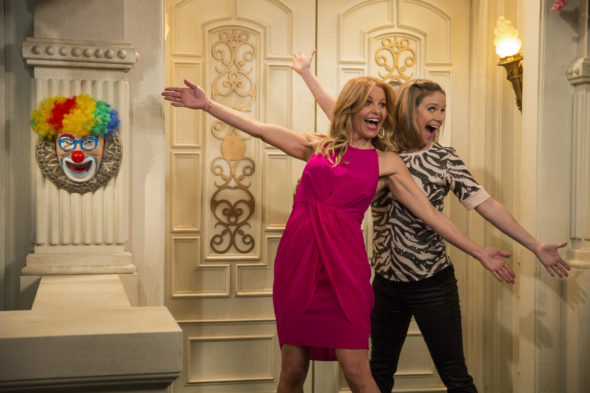 It looks the the Tanner family has another reason to celebrate. We’ve received information that the Fuller House TV show is renewed for a fourth season on Netflix. Although it hasn’t been officially announced, a source with well-placed connections to the production reports Netflix has picked up season four. When we get official confirmation of the Fuller House renewal, we’ll let you know. 1/30 update: The Fuller House season four renewal is official. Details here.

What do you think? Are you still watching the Fuller House TV series? What do you think of this season? Will you stream season four, if/when Netflix officially renews it?

I think fuller house is great and t he third season was very enjoyable.

I cannot stand full house or fuller house d.j was a brat in full house

Awesome….so glad they renewed. Hope that they write in that Kimmy is pregnant with Stephanie’s triplets!

Just keep an eye on the actors social media. Candace Cameron, Jeff Franklin will definitely drop that news on social media if its true