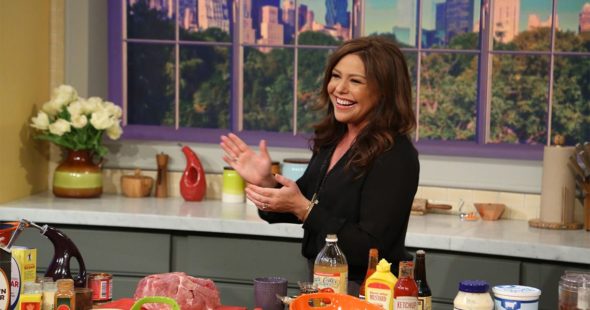 CBS is sticking with Rachael Ray. Deadline reports the network has renewed the TV show for a 14th season.

Check our Ray’s announcement below:

What do you think? Are you a fan of Rachael Ray? Are you glad the talk show and 30 Minute Meals are coming back?

Yes, absolutely. It looks like she is replaced by drew barrimote? What a huge mistake that is!!

Yes. I am a big fan of Rachael Ray, and definitely want her daytime show to be renewed, plus the Food Network’s 30 Minute Meals. I really enjoyed her home show during quarantine. It was so real. Love you Rachael!

You would think she would comb her hair and be a little more fashionable since being in quarantine with her hubby. I mean she gets paid for it!!!

Why are your recently taped shows not respecting the 6’ rules? Packed audiences help me understand why virus 19 is so rampant. Won’t be visiting your show for a long time!!