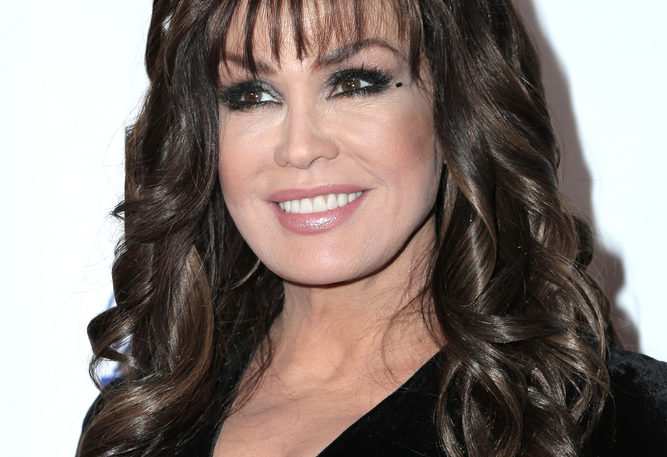 The Talk is losing another member of its panel ahead of season 11. Marie Osmond is leaving the CBS daytime talk show after just one season. The singer/presenter joined the panel last season to replace Sara Gilbert.

Osmond explained why she is leaving The Talk on CBS and what is next for her.

“One of the highlights of my year at The Talk was working with my dear friend John Redmann, and I’m excited to continue our working relationship on several projects we are developing. Also, my husband and I just dropped our last two kids off at college, we looked at each other, laughed and remembered we hadn’t been this alone together since 1982!! So, at this stage of my life, I’m looking forward to spending more time with him and visiting all the kids/grandkids.”

The Talk’s longtime executive producer and showrunner John Redmann previously left after the 10 seasons. Osmond is working on a new series with ViacomCBS and plans to work with Redmann on the new project.

Eve, Carrie Ann Inaba, Sharon Osbourne, and Sheryl Underwood will host The Talk on their own until a fifth person is added to the panel. A new showrunner will also be named.

What do you think? Are you surprised that Marie Osmond has left The Talk? Who would you want to see on the panel?

Love marie. So upset she left. Marie was surrounded by hostile Democrats. no surprise she lrft.

I am surprised. I will miss her. I thought she was the perfect fit for the show. Sending her best wishes.

I’m surprised. I will miss her. She fit in very well. Sending her best wishes and hoping she enjoys her alone time with her husband!

I will miss her very much. I especially loved, as a super star she could sew her own clothes and simple things like mask for her grand kids. I wish you and your husband the fullest of life. God Bless you.

I will truly miss Marie. I felt she brought comfort and dignity to the show she was the only reason I would watch it. Guess I’ll watch something else now. No comment on the other host.