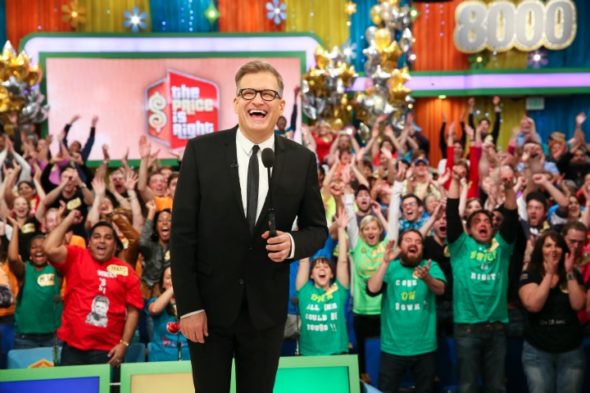 It’s a big day for CBS. The network just announced they’ve renewed several of their daytime TV shows, including Let’s Make a Deal, The Talk, and The Price is Right.

It’s no wonder CBS has renewed their daytime lineup for the 2019-20 season. Despite recent cast changes, The Talk remains one of the network’s more popular daytime series. Next year will mark the show’s 10th season and ratings for season nine are steady at around 2.39 million viewers.

Meanwhile, The Price is Right is still going strong at 48 seasons with viewership averaging around 4.59 million viewers. The hit game show will celebrate its 9000th episode this October.

Last but not least, CBS’ revival of Let’s Make a Deal is celebrating its 10-year anniversary this season. Hosted by Wayne Brady, the series is currently averaging 2.92 million viewers.

CBS, which has been the #1 network in daytime for 32 consecutive years, will be returning its entire top-rated roster for the 2019-2020 television season. The lineup, which is nominated for an industry-leading 56 Daytime Emmy Awards, includes LET’S MAKE A DEAL, THE PRICE IS RIGHT, THE YOUNG AND THE RESTLESS, THE BOLD AND THE BEAUTIFUL and THE TALK.

What do you think? Do you watch any of CBS’ daytime series? Are you glad they’ve all been renewed?

No never watch or will. I ever watch any of these shows